On August 15, 1969, over a half-million young people descended upon the Catskills Mountains in upstate New York for a three-day music festival which would come to define the hippie generation. The renowned rock concert would take place in the tiny town of Bethel on a 600-acre meadow owned by Max Yasgur (Eugene Levy), a dairy farmer approached by the desperate promoters after permission to hold the event in nearby Woodstock had been denied.

The organizers were facing the grim prospect of having to cancel their well-publicized show entirely, when they found a sympathetic bureaucrat in Elliot Teichberg (Demetri Martin), the young President of Bethel’s Chamber of Commerce. Quite by coincidence, Elliot already happened to have a valid permit to stage a relatively-modest, annual outdoor concert featuring a few local bands. So, he happily transferred his rights over to promoter Michael Lang (Jonathan Groff) who had over 30 acts booked and ready to go, including such rock and roll greats as Jimi Hendrix, Janis Joplin, The Jefferson Airplane and The Who, to name a few. 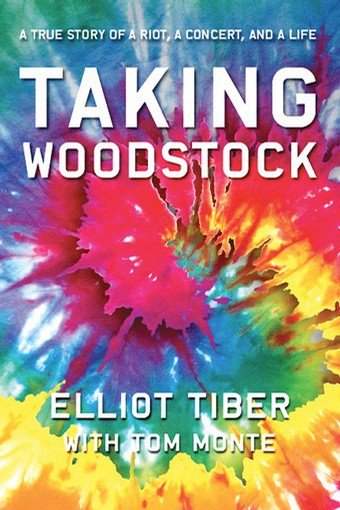 In 2007, Elliot published, Taking Woodstock, a wistful autobiography recounting the pivotal role he played in the weeks leading up to the historic weekend. And that opus’ narrow point-of-view is the limited perspective presented in this bittersweet bio-pic directed by Oscar-winner Ang Lee (for Brokeback Mountain).

So, don’t expect to see any footage of classic performances, because Elliot spends his time here far removed from the music and the limelight. Instead, he’s busy working as a Jack-of-all-trades at the El Monaco, the 80-room motel owned by his immigrant parents, Sonia (Imelda Staunton) and Jake (Henry Goodman), Jewish Holocaust survivors. Their dilapidated “resort,” ordinarily one of the least-popular tourist spots in the Borscht Belt, suddenly finds itself filled beyond capacity, despite just being cited for 47 health code violations.

Most of the humorous exchanges which ensue emanate from the stark contrast between the local yokels and the trippy hippies overrunning the region. Elliot’s parents prove particularly hilarious, as they hurl their Yiddish epithets

like “Schmuck!” “Schnook!” and “Meshuggah!” while fleecing hippies by charging for tap water and triple-renting rooms. Their avaricious antics are constantly juxtaposed against the specter of laidback flower children exclaiming “Groovy!” while getting stoned and cavorting in the nude.

Curiously, what bubbles to the surface amidst all the weirdness is a poignant picture of Elliot as awkwardly suspended between two equally-wacky, parallel universes, a sensitive soul never quite feeling comfortable in either. For, he’s a homosexual living in the closet, at least when in Bethel. Therefore, he’s can’t feel free to be his natural self during the liberating festival, unlike the flaming, gun-toting transvestite (Liev Schreiber) he hires to guard the premises. However, that isn’t the case for Elliot down in Greenwich Village where he has a pied-a-terre, a lover (Gabriel Sunday) and participated that very same summer in the Stonewall riots, deemed by many to be the defining moment of the gay rights movement.

Congrats to Ang Lee for so effectively employing iconic Woodstock imagery not to generate a numbing sense of mass nostalgia about a famous concert but rather as a minimalist backdrop against which to amplify the anguished, intimate ordeal of a frustrated individual who wasn’t really there.

Rated R for profanity, sexuality, drug use and graphic nudity.

To order a copy of the memoir that Taking Woodstock is based upon, visit: Amazon

To see a trailer for Taking Woodstock,