There’s a shocker of a story that keeps making the rounds of the screening rooms that critics frequent on a regular basis to fire up their brain cells, and it’s got nothing to do with what’s up on the screen. It’s about a mystery woman who was punched in the face by a male critic, apparently for the offense of kicking the back of his seat, and she then ran from the room, falling over everyone as she fled. And of course like any self-respecting film critic, that roomful of minding-their-own-business wimps just kept watching the movie.

And it seems that this sort of human indifference in the name of self-preservation is nothing new, and certainly not specific to movie critics, no matter what you may think of that particular species. First there was the glum mood piece River’s Edge, where a bunch of uncaring teens just kept sauntering by a dead girl’s body floating in the water. Ditto, Jindabyne. And then last year, The Girl Next Door, based on a true story, dramatized the terrifying events witnessed by a mob of neighborhood kids around the slow torture and murder of a teenage girl tied up in a suburban basement. 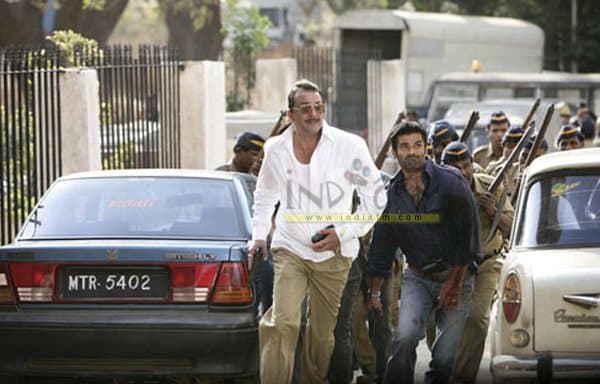 Now cult moviemaker Stuart Gordon (Re-Animator) also revisits a creepy real life incident, turning tabloid truths into the dark, gory psychological thriller, Stuck. The film is based on the case of Chante Mallard, a Texas African American who hit a homeless man while driving back to her house one night high on drugs, then just continued on and parked her vehicle in her garage with the dying man clinging to life embedded halfway through her windshield. And after dumping his corpse in a public park with the help of a boyfriend, Chante later bragged at a party that she ‘hit this white man.’

Gordon relocates the scene of the heinous and bizarre crime of Kafkaesque proportions to Providence, Rhode Island. Brandi (Mena Suvari) is an ethnically ambiguous party animal in fashion plate corn row braids, who toils by day as a cheerful nursing home aide on poop duty, anxiously looking forward to a promotion to team captain. One night while driving home from a club and bombed out of her head on ecstasy while talking on her cell phone, she runs over Tom (Stephen Rea).

As if he weren’t already having an exceedingly bad day, the unemployed white collar manager comes crashing through her windshield, this after being evicted from his shabby room, turned away at the local employment office, and kicked off a park bench by the cops while trying to catch some sleep. Terrified that she’ll be arrested for a DUI or worse if she takes her uninvited passenger to the hospital, not to mention mad as hell at him that the injured, blood-soaked man may have just ruined her life and her pending promotion, Brandi locks up the car and its human appendage in her garage for the night. Then she settles in for some stressful sex with her drug dealer boyfriend Rashid (Russell Hornsby), hoping the inconvenient house guest will be dead by morning. At the same time, a couple of others in the vicinity who incidentally come upon the horrifying scene, turn their heads away in deplorable denial too.

While Stuck is an intense, nerve-shredding and excellently crafted thriller, there’s also plenty in the way of psycho-social, blame game undercurrents to reflect upon. In essence, it’s not just these characters who are being presented as a few bad attitude apples. Nearly everyone in this trickle down network of society – from landlords to employers, colleagues and the police (Bush gets tossed in for negative mention too) – is conceived through the revealing lens of insightful writer/director Gordon as part of a ruthlessly competitive, dehumanizing system that is losing its way as a caring culture. A blame game terror spree of a tale that’s a little far fetched in spots, but drives its point home in more ways than one.