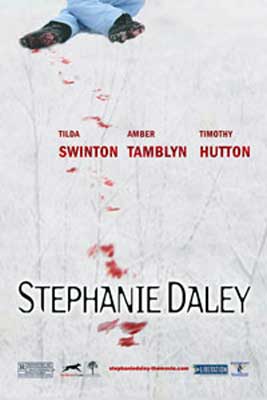 Forensic psychologist Lydie Crane (Tilda Swinton) is seven months pregnant and apprehensive because she is still haunted by the stillborn birth of her baby only a year ago. The loss has left her grief-stricken, brooding about the meaning of life, fearful about her current fetus, and burdened by doubts about her emotionally-distant husband’s (Timothy Hutton) fidelity.

Then, these intense feelings are only heightened when the District Attorney assigns her the curious case of Stephanie Daley (Amber Tamblyn). The equally-morose 16 year-old has been arrested for the murder of her own newborn. Though the premature infant was found abandoned in a public bathroom stall with toilet paper stuffed down its throat, Steph’s transparently-phony alibi is that she didn’t know she was pregnant. 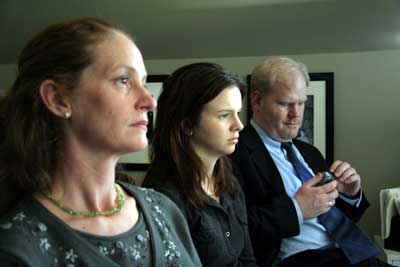 After issuing Miranda warnings that anything she says can and will be used against her in a court of law, Lydie coaxes the accused to start sharing an honest version of what actually happened. Then, in a series of revealing flashbacks, we gradually learn the whole story of how the naive teen had been statutorily raped by an older boy and the role that her religious beliefs might have played in the inaction which inexorably led to the tragedy.

Meanwhile, the shrink is inspired to reflect and to do some soul searching, too. And the pair’s periodic commiserating during their sessions provides the vehicle for the claustrophobic meditation on the sundry mysteries explored over the course of Stephanie Daley. 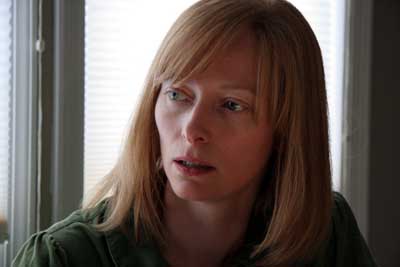 Ignoring the picture’s patently preposterous premise that an expert witness for the prosecution would ever exhibit such sensitivity towards a defendant in a criminal case, the film nonetheless works because of the way in which two females approaching fertility from diametrically-opposed interests ultimately manage to mind-meld and make peace on a middle ground. A cerebral, female empowerment flick which takes its cues from empathy and understanding as opposed to two-fisted testosterone.