Alain (Matthias Schoenaerts) is a homeless street hustler barely eking out a living in his native Belgium when he is suddenly handed custody of a 5 year-old son, Sam (Armand Verdure). Overwhelmed by the unanticipated extra responsibility, the single-dad moves to Antibes in the South of France to dump the boy he barely knows on his obliging sister, Anna (Corinne Masiero).

Buff, imposing and blessed with formidable strength, Alain soon lands part-time work as a bouncer in a trendy nightclub. And he also starts leveraging his good looks into lustful liaisons of brief duration with attractive habitues of the haunt.

Meanwhile, elsewhere in the seaside resort town, an attractive lass named Stephanie (Marion Cotillard) is gainfully employed at an aquarium as a trainer of Killer whales. She meets Alain one evening after he rescues her from a nasty brawl inside his cabaret.

The very grateful damsel-in-distress takes his phone number, but before she has a chance to call, she loses both of her legs in an unfortunate accident when she he is crushed against the side of the pool by a runaway Orca. So, by the time the two finally do rendezvous, she is confined to a wheelchair, and terribly depressed by her diminished life prospects.

Will this roaming Romeo befriend the blemished beauty, or will his roving eye have him right back out on the dating circuit where he invariably has his pick of the litter? That is the crux of the question at the heart of the deceptively-endearing Rust and Bone, a romance drama written and directed by Jacques Audiard (Read My Lips).

This piercingly-evocative love story ultimately proves far more poignant than one might expect of a picture that starts out with such a limited Neanderthal as a protagonist. Fortunately, his character definitely benefits from considerable development over the course of the engaging adventure.

For, he gradually gets in touch with his sensitive side to the point where he’s ready not only to abandon his womanizing ways but to spend some quality time with his neglected young offspring. Besides unfolding against an array of visually-stimulating backdrops, Rust and Bone is blessed by a couple of tour de force performances coming courtesy of Matthias Schoenaerts and Marion Cotillard as the unlikeliest of lovers.

A salt of the earth saga plumbing the depths of the human soul.

In French and English with subtitles

To see a trailer for Rust and Bone: 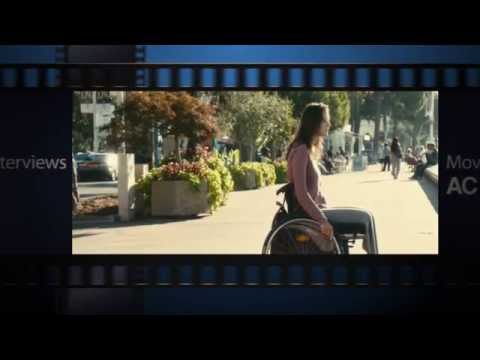