The United States is a country of glaring social and economic disparities, and despite the criminal justice system’s pretense of equality before the law, the meting out of penal sentences according to who you are and how much money you have, is hardly different. And the documentary Roman Polanski: Wanted And Desired, rather than exploring in an ethically objective manner the notorious case of that famed filmmaker who fled the US in 1977 rather than face sentencing in the drugging, rape and sodomizing of a 13 year old girl, functions as a mouthpiece to both defend and fawn over the Paris based director of Chinatown and Rosemary’s Baby. This, perhaps as a prequel of sorts in a Polanski bid to seek a pardon in absentia and return to Hollywood.

Director/actress Marina Zenovich, whose body of work tends to express reverence rather than critical scrutiny of celebrity figures like David Lynch, Julian Schnabel and Bernard Tapie, approaches the case of Polanski as if a privileged life deserves special privileges withing the legal system. The ironic double entendre title of her film refers to Polanski’s contrasting position in the world as a man wanted in the US for flight from persecution, and on the other hand desired as an accomplished director. 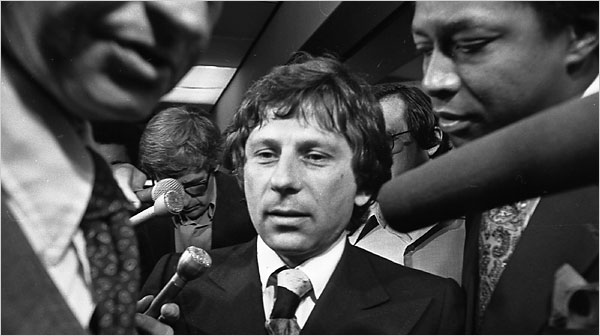 And while Zenovich’s point of view displays an acceptable mitigating array of circumstances that would be permissible without question in court – including Polanski’s tragic life traumas as a child victim of the Holocaust, the murder of his mother by the Nazis, and the slaughter of his pregnant wife (Sharon Tate) and unborn son by the Manson family – her presentation is so biased and one-sided as to barely qualify as a documentary rather than promo piece.

In effect, Polanski might have directed Wanted And Desired himself, as a cinematic case for the defense. We hear, most distastefully, the usual deplorable demonization of female rape victims: the sex was consensual, the girl was promiscuous (or in any case, she was not a virgin and had confirmed sex at least one other time in her life), her mother was too permissive. At the same time, Polanski himself is painted as the victim, rather than this child: the judge was biased, even vindictive and perhaps envious of Polanski’s fame, and a publicity hound exploiting the director’s celebrated reputation for his own 15 minutes. And, Polanski is far too distinguished to persecute by placing him in a prison among, well, criminals.

And whether by flaw or design, the only subject in the documentary who receives scrutiny is Polanski. The victim, Samantha Gailey Geimer, now a middle aged wife and mother, is portrayed in a few surface soundbites. Which renders sympathy for her own trauma or plight conveniently impossible. Wanted And Desired: a premeditated act of propaganda in the service of exoneration rather than remorse.