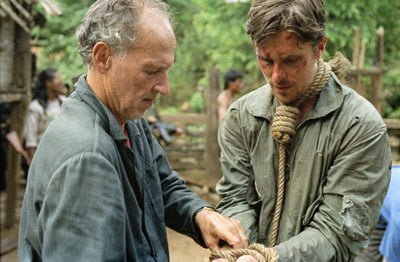 Dieter Dengler (1938-2001) was born in the Black Forest region of Germany where, as a young boy, he watched Allied planes fly over his hometown during World War II. This whetted in him a desire to become a pilot, but by the time he was 18, he realized had no prospects of pursuing that dream in his native Deutschland.

So, he emigrated to America, became a citizen, and enlisted in the Navy. Right after graduating from flight school early in 1966, he was assigned to duty aboard an aircraft carrier headed for the Gulf of Tonkin. Then, on the morning of February 1st, his Skyraider was hit by anti-aircraft fire while flying on a mission over North Vietnam. Lieutenant Dengler crash-landed the single-engine propeller plane in Laos where he was eventually apprehended and marched to a POW camp. 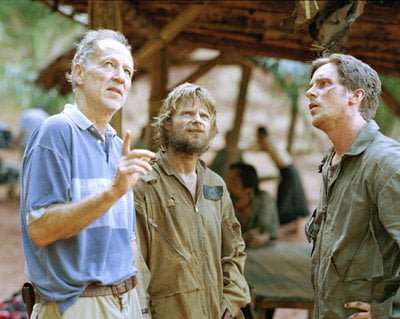 While imprisoned there, he was subjected to unimaginable forms of torture, until he executed a well-planned escape. Emaciated and near death after scavenging in the forest for about two months, Dengler was finally rescued by a squadron of helicopters that had spotted a crude “S-O-S” he had spelled out on a boulder.

A decade ago, this awe-inspiring tale of survival was the subject of a compelling documentary directed by Werner Herzog entitled Little Dieter Needs to Fly. Now, Herzog has turned the same story into an equally-riveting bio-pic with the help of the latest nonpareil performance by Christian Bale as Dengler. Shot mostly on some spectacular Southeast Asian locations around the dense Thai jungle, the production benefits immeasurably from an unrelenting tension generated by its gritty super-realistic setting and maintained for the duration with the help of a well-executed script. 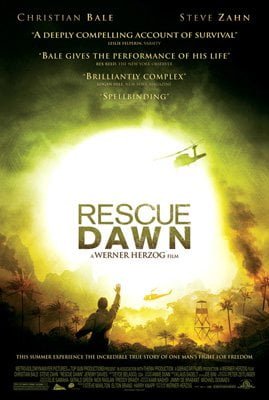 Bale imbues the adventure with a palpable sense of urgency, again going the extra mile in service of his craft, having thrown himself entirely into the role by shedding plenty of pounds to get that gaunt POW look. Plus, by doing all his own stunt work his gung ho enthusiasm ostensibly inspired the rest of the cast, especially co-stars Steve Zahn and Jeremy Davies who deliver perhaps the best outings of their respective careers as Dengler’s disoriented and disillusioned fellow captives.

Further proof that Bale might be the best thespian around never nominated for an Oscar.