There may be a slight correction in order, to that axiom about the two inevitable components of human existence being death and taxes, with the addition to that list of love. Or at least the elusive quest for that ecstatic state of mind, as detailed in the simultaneously whimsical, affectionate and nutty pseudo-doc, Paper Heart.

Though the twist of choice here, a female rather than a male who can’t seem to get in the mood for romance, is rapidly becoming the norm in films, if the current movie season is any indication. At least four other movies feature perplexed, infatuation-immune women: The Proposal, (500) Days Of Summer, Management, and I Hate Valentines Day. So what’s up with that, girlfriends. 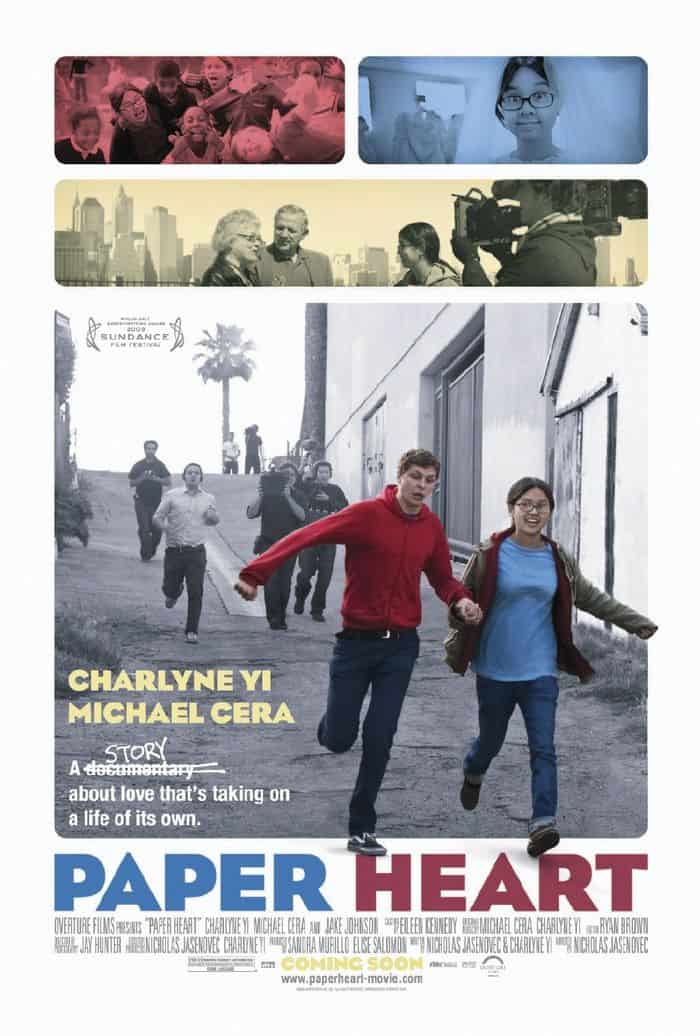 Young filmmaker Charlyne Yi doubles up here as a fictional character by the same name in a deep funk over her failure to detect any urge in herself to fall in love, and also as herself, a roving reporter wandering cross-country to interrogate assorted happy lovers and and self-important love gurus on the subject. Meanwhile, there’s a mock romance centerpiece in which Superbad’s super-nerd Michael Cera also turns up and hits on Charlyne, sending her into anxious fantasy dating denial.

And interspersed along the way, are all sorts of authentic, however eccentric, grassroots dissertations on the anatomy of love. Including Vegas matrimony; biker bar love deconstructed as ‘thirty minutes in the back seat’; trying on a rack of wedding gowns for size; scientific mavens breaking down that euphoric urge into chemical brain matter and molecules; and unrequited animal attraction at a local zoo.

In case this may sound like an awful lot of incongruous scraps for director and on-location, usually baffled commentator Nicholas Jasenovec to load into a camera, the final product, miraculously, does comes together in mostly seamlessly kooky, if hardly conventional ways. Charlyne and her scruffy, hoodie clad tomboyish, unlikely no-frills leading lady persona essentially sneaks up and grabs audience hearts with a self-effacing charm that is impossible to resist. A little like, say, the enigmatic power of love.