Remarkable in concept and utterly exquisite in its execution, My Sister’s Keeper is a domestic drama at the deeply conflicted crossroads of family wounds and medical healing, that would have baffled even Solomon as to the ultimate value of a child. Along with the enduring dilemma of how far science should go, in prolonging patient suffering, disregarding human self-determination and quality of life issues, and challenging the inevitability of death.

With an ensemble cast that never hits a false note or lacks dramatic perfection, Cameron Diaz is Sara, a steel-willed matriarch presiding over a profoundly troubled family on the edge. Sara has abandoned a successful legal career to tend full time to her teen daughter Kate (Sofia Vassilivea), an invalid since early childhood wasting away from leukemia. Desperate to save Kate’s life, Sara and her fireman spouse Jesse (Jason Patric) embarked on a reproductive experiment to genetically create a DNA compatible child, now eleven year old Anna (Abigail Breslin) who could provide body matter instrumental in perpetuating her sister’s life. There’s also a neglected middle child Brian (Evan Ellingson), whose failure at school due to dyslexia has gone unnoticed in the midst of daily family crisis. 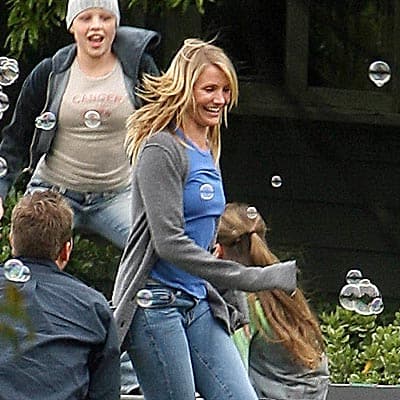 But the involuntary extraction of various parts of Anna’s insides since birth has been painful and emotionally traumatic. And when Kate is near death from kidney failure and Sara is told to provide a kidney of her own, she refuses and proclaims that she’s had enough. Not to mention that a kidney transplant will leave Kate unable to have a physically active life and preclude ever bearing children of her own. So Kate visits an interested ACLU lawyer (Alec Baldwin), who takes up her case in court for medical emancipation from forced organ donation of a minor.

Directed by Nick Cassavetes and based on the beseller by Jodi Picoult, My Sister’s Keeper seamlessly conveys this touchingly tragic tale from multiple points of view, and how major illness impacts on each family member in striking and devastating ways. And confronts with an astonishing raw candor a question that any parent, intent on loving all their children as much as possible, never hopes to face. That is, if you had to choose one child to sacrifice for another, which would it be, when you just want to love them all so completely.