Mary Helena, Anne, Kathy, Debbi, Barbara and Lauren have little in common other than having each experienced the sudden, unexpected death of a family member. Anne’s teenaged daughter Grace slit her own wrists on New Year’s Day during their vacation in Florida. Debbi, Barbara and Kathy’s young adult sons all died in automobile accidents, while Mary Helena’s son and Lauren’s brother, both black, were shot in the head.

Mary Helena’s grief was compounded by the fact that her boy Aaron had predicted at the age of 13 that he would be dead within two years because living was so dangerous for him as a black male in America. She was subsequently so devastated by the loss that she suffered a stroke less than a year later that left her almost mute and walking with a limp.

What brought these six females from such different backgrounds together was an opportunity to heal afforded by a humanitarian mission to minister to unfortunate folks mired in extreme poverty. So, they travel from the U.S. to the remote City of Oudtshoorn, South Africa to do volunteer work for 17 days with a charity headed by Cheryl Nortje, who is herself a bereaved mom. 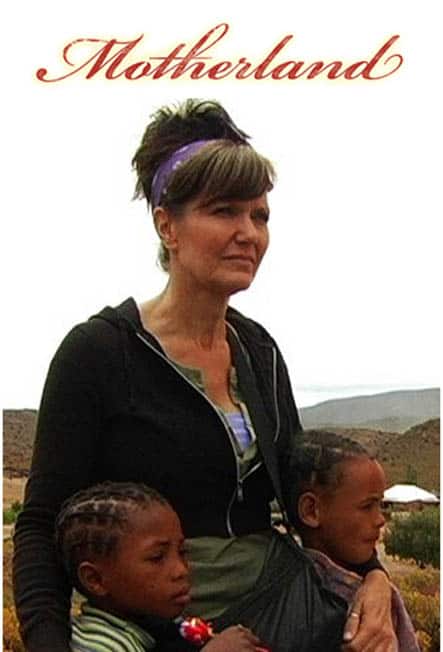 Directed by Jennifer Steinman, Motherland chronicles the altruistic effort of these still-grieving women to put their own sadness on a back burner temporarily in order to alleviate the suffering of AIDS orphans, and at-risk, abused and physically-challenged children. Not surprisingly, this endeavor proved easier said than done, as they did end up crying on each other’s shoulder and bonding over the course of their stay.

Particularly poignant is the relationship which evolves between Mary Helena and Anne who is empathetic despite the stroke victim’s inability to verbalize her feelings. Anne ostensibly feels that her daughter’s suicide has turned her into a more compassionate person capable of understanding that Mary Helena simply might be too overwhelmed by her host of woes to talk yet.

The movie’s title was inspired by the particularly moving tableau towards the end when Mary Helena does finally find her voice while spreading her son’s ashes into the air, as she wistfully whispers into the wind, “you made it home to the Motherland, didn’t you?” The cinematic equivalent of a profound expression of condolences aimed at anyone with an aching emptiness in their soul due to the loss of a loved one.

Motherland can be viewed online nationwide at www.giganticdigital.com

To see a trailer for Motherland,