Subconscious is a feature film coming out in 2014 starring Tim Abell, Tom Stedham, Naomi Brockwell, and Mike Beckingham, brother of “A” list actor Simon Pegg of Shaun of the Dead, and Mission Impossible fame. Beckingham plays the role of Mike in the film, a cocky paranormal researcher who teams up with Tim Abell playing the role of a historian named Peter Williams.

After years of obsessive research into the sudden disappearance of his missing grandfather from the USS LIONFISH, Naval War College historian, Peter Williams, is mysteriously invited by the Department of Defense to be the first person permitted on the classified World War II submarine since the disappearance. Peter and his research team soon discover the truth about the LIONFISH and the mysterious events surrounding it; with the fate of Peter, his team, and the outcome of World War II hanging in the balance. Peter must make a decision that could potentially change course of history. [IMDB]

I recently had time to sit down with Beckingham, to talk about his acting career, and his role in the upcoming film Subconscious. I have interviewed many actors over the years and actor Mike Beckingham – brother of A-list film star Simon Pegg for me was one of the more memorable ones. Beckingham was such a friendly, down to earth fellow, that I couldn’t help but like him and wish him well. He patiently listened to and answered all my questions thoughtfully. When asked about his famous big brother Simon Pegg, he said, “Simon is just a typical bloke. Once he got to 40, he turned to a fitness regimen and he is really fit now. He is just down to earth, we speak daily. He just called me from the set, where he’s shooting a new Monty Python film. He is never too busy for me, he always makes time. He is a great big brother to have.” 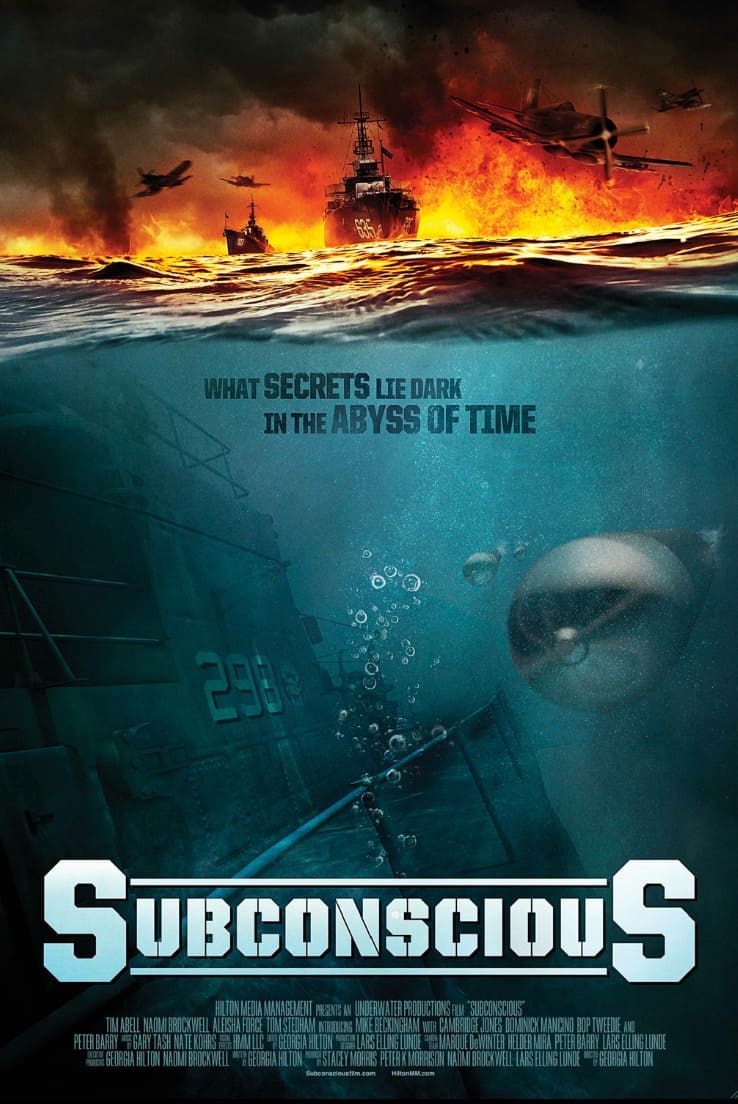 Russell Dickson: Thanks for taking time to let me interview you Mike. It is not every day one gets to speak to the brother of Simon Pegg.

Mike Beckingham: He is kind of a big deal; we really appreciate the support that has been given over in America. He set out in uncertainty; He didn’t plan on everyone getting his humor. He just wanted to make a film that he wanted to make. It was great that you guys got his humor and what he was trying to say.

MB: Yeah, you know there is a 12 year age gap. So I was a little young to understand a lot of what he was doing to get into the industry. I just always believed it was the industry I wanted to be in. I always felt more comfortable in front of a camera or an audience than anywhere else in the world. When I look back at old photos I was always the one in the center of the picture, the one closest to the camera, only I didn’t really know it back then. It was only when I looked back that I realized this.

RD: So you were born to do this?

MB: From a young age I knew what I wanted to do, and what I wanted to pursue. I also very much loved the idea of TV. At the moment, it’s film that appeals to me. Growing up, I played with camcorders and made a little TV series. It was fun and it felt like it was what I was put on this world to do.

RD: So when did you get your acting career started?

MB: Last August is when I made the big move to have it as a profession. I did full time jobs leading up to it to make sure I could finance anything that I needed to do, or to get to where I needed to go for auditions.

RD: So Subconscious is your first film. Can you tell me a little about it?

MB: It is my debut film as a lead. It’s something I am really proud of. It is about my friend Pete in the film who is played by Tim Abell. He wants to go back and investigate the SS lionfish where something happened to his grandfather and he was never told the full story. So he gets together this motley crew including myself. I play a paranormal investigator called Mike. My character has got all the gear but has no idea, and he sort of flies by the seat of his pants. They met while attending a paranormal convention. My character convinces Pete that he is a big deal paranormal hot shot, so Pete invites him to go on the investigation with him.

RD: So what do you think of your fellow actors on Subconscious? I interviewed a couple of them – Tim Abell and Cambridge Jones. Personally, I am a huge fan of both Tim and Cambridge.

MB: Cambridge is so fantastically talented; this whole thing is something that Georgia Hilton has to get all the credit for. We spent 18 hours a day on a hot submarine shooting the film. The cast and crew Georgia put together was like a family. If you are with those people in those hot conditions for 18 hours a day, on a tight time scale, you really have to get the right cast and crew together and Georgia nailed it.

MB: Tim and I are friends for life. He is genuinely just such a nice guy. He took me under his wing and gave me lots of pep talks during the breaks. Not only did he give good advice before a scene, but after the scene and if it was good he would tell me so. He is just really a top bloke. All of them were – Naomi, Tom, Georgia, cast and crew. It was amazing for me.

RD: How did you prep for the role, did you do a lot of research, did you talk to WWII vets or to paranormal researchers?

MB: All of that I suppose, Russ. You can draw a lot from other actors, but for me it is about what I can bring to the table. I try not to look too much into other areas, but I want make sure I am ticking the boxes that need to be ticked. A lot of the time I like to go in like a blank canvass and interpret it my own way. The beauty of the acting and being an actor is it is about you and what you bring to the role. I have seen a lot of Humphrey Bogart’s monologues but I don’t want it to influence me as an actor. I want to do it in my own special way. If I tried to copy him, I would never do it justice. I try to interpret the character in my own way, and if the director wants me to change it, I will.

RD: Do you consider yourself a method actor like Daniel Day Lewis?

MB: Oh my god, he is such a good actor. I heard a story about how during the filming of one of his movies he got really sick with pneumonia and he refused modern medication.

RD: I think an important part of being an actor is being able to forget that you are on camera and being watched. I took some acting classes in college and that was always my problem. I was too self-conscious. I think that a big part of acting you are either born with or not, is the ability to look natural on film.

MB: Russ that is so true, it is very, very true, it is one handicap that you really have to get over; you are putting yourself out in front of people to be judged.

RD: What was it like working on a real WWII sub for all those hours?

MB: I have never thought I would have so much fun in a hot cramped condition, it was great! We had tours coming through the boat as well, so I had the opportunity to shoot scenes in front of 40 people. Georgia thought it would be a nice touch to get all of the visitors into one end of the sub so Tim and I could do a scene in front of them live. It was just a dream come true. It was hard, but I loved it.

RD: I stayed on a WWII ship overnight once when I was a Boy Scout, and I learned a lot of respect for the military people that lived and fought on them.

MB: It was a great experience to sleep in the bunks between takes, and to load a torpedo, so we actually got the feel for living on a sub. I could never have served on a submarine, those guys are super humans to me, to serve under water where things get real tough and there is no escape. The heat alone was tough and they couldn’t escape from it, if we got hot we just went to the surface and took a breather. To have someone do something like that to be away from their family for what, two weeks or more in cramped conditions and being shot at, whatever, they were just super human. I could not have done that.

RD: Any projects down the road with your brother?

MB: Georgia wrote a script that she gave to Simon. There is a role in it for me and Simon in a feature film. It won’t happen for a few years yet. It is a really funny script. Simon has to take a look at it and say, yeah I want to do it, before the ball starts rolling. That is sort of one of my dreams.