If you were descended from slaves, would you want to trace your ancestral roots back to the very soil where your forefathers had toiled for generations? And if you did, how do you think you’d feel if you not only found the plantation but the kin of the white slave owners still living there?

This was precisely the project undertaken by David Wilson, a 28 year-old journalist from Newark, NJ when he ventured to Caswell County, North Carolina, which was where his great-grandfather was born in 1883. Concerned about what sort of reception he might get, given the subject of his daring research, he took along a white cinematographer, Daniel Woolsey, who recorded his every encounter on videotape. 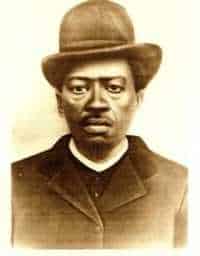 The upshot of their efforts is Meeting David Wilson, a fascinating documentary which starkly contrasts the divergent fortunes of the descendants of slaves with that of the heirs of those same slaves’ masters. Upon his arrival in the South, Wilson paid a visit to the local genealogist, and discovered, lo and behold, that the Wilson Estate was in the hands of a white man also named David Wilson.

With a combination of determination and trepidation, the black David Wilson approached his white namesake for an interview and a tour of the property. What ensues is an emotional-draining experience during which tough questions are posed and honest answers given about reparations, history and America’s legacy while some personal skeletons are pulled out of a centuries-old closet.

After the Davids awkwardly erase the color line between them, they actually bond and opt to throw a family reunion. This is easier said than done, for we see one of black David’s sisters say, “I’m already angry enough, I don’t need to go down there and see somebody who owned my family.” Whites prove to be equally reluctant, such as the guy who concedes, “If I done you wrong, I wouldn’t want to meet you.”

Yet, in the end, over fifty African-American Wilsons do travel to Carolina and undergo a purification process, commiserating with their Caucasian counterparts on the plantation where interacting as equals was once unthinkable. The film also features DNA tests to determine whether the Davids are blood related, plus a trip to Ghana in search of African relations.