Like the multiple layers of disguises writer/director Tyler Perry has established as a trademark in his movies, the tangle of narrative threads that range from poignant to positively awful, are somehow always at odds with one another. Meet The Browns, Perry’s latest Easter weekend venture into the soul and sensibility of the African American community, though marking a partial new focus for Perry on the inner city cross to bear when black and poor, is hardly an exception.

Angela Bassett is the luminous centerpiece of the film, holding together with her nuanced performance a story cemented with rude stereotypes and make-believe solutions to hard core survival issues, whose strands continually threatens to unravel. Bassett is Brenda, a struggling Chicago single working mom with three kids, whose life is currently falling apart big time. In the course of the same day, she arrives at work on pay day to find the factory shut down and relocated to Mexico, her electricity cut off and her daughter tossed out of day care for nonpayment of bills, and the oatmeal box in the kitchen cupboard just about empty.

Also arriving by chance at the same moment in time, is a letter and bus tickets for the entire family, from an unknown relative in Georgia informing Brenda that the father she never met has just died and there’s a will to be read. There’s lots of encouragement for a reluctant Brenda to just go for it, from Cheryl (Sofia Vergara), the most revolting caricature of a Latina spitfire bipolar nutjob girlfriend (Sofia Vergara), don’t ask. And Brenda and the kids are soon off to rural Georgia. But not without Harry (Rick Fox) much too coincidentally far behind, a former pro-basketball hunk who has one persistent eye on Brenda’s athletically talented teenage son Michael (Lance Gross) to prime him for the big leagues, and the other on a less than enthused and mighty suspicious Brenda.

Meet The Browns has lots of inspirational and heartfelt raw truths about the trying plight and fierce courage of single mothers, celebrating their resourcefulness and determination despite the absence of men, rather than the usual depiction of failure and tragedy that ensue without nurturing fathers around. But the obnoxious and offensive preponderance mostly of country folk caricatures, neutralizes whatever serious concepts Perry had in mind.

And a particularly glaring and disappointing contradiction, is the ennobling of the self-reliant single mom. And then turning around and resolving all her suffering by injecting the happy ending heroism of well, a man. There’s also a having-your-cake-and-eating-it tendency of Perry to rail rightly so against various injustices, then reinforce them. For instance, following Brenda’s rant against Harry feeding her son unrealistic and irresponsible ghetto dreams of athletic fame and fortune by “telling all these boys they’re going to make it, and then they end up with their hearts broken and mad at the world,” Tyler then hands her boy a far-fetched fairy tale ending doing just that. 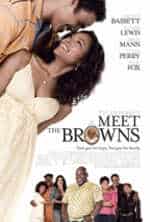 But in a what-me-worry, could-care-less finale about all of that, whatever, Perry gets into his Madea dressup mode once again, this time around doing an O.J.-style slow speed freeway car chase, with the cops in pursuit. And you have to simply wonder exactly what this Tyler-in-Madea-clothing moviemaking wrapped up in intermittent, likewise characteristic church-sanctifying religious redemption, may be feeling guilty about. Amen.