This is a compelling documentary about the life of a musician and icon who was a cultural force on the global stage. Bob Marley’s story begins with his early days in a shanty town and ends when he is a superstar, by which time he was reputedly a modern-day prophet. This film was made with the co-operation of his family, and much is revealed about the humble Jamaican whose music transcended ethnicity, languages and creeds.

Marley was born into abject poverty in a rural slum in 1945. His mother was a 16-year-old dark beauty, his father a white mysterious army captain, many years her senior. When his father disappeared from their lives, his mother took him to Kingston, hoping for a better life. Here they starved but survived and, when Marley was 17, his mother left for the U.S. The driven teenager quickly made his mark on the Jamaican reggae scene, but felt constrained by the limits of the tiny Caribbean island. At the age of 23, he followed his mother north and it was from here that his unparalleled music career was finally launched. 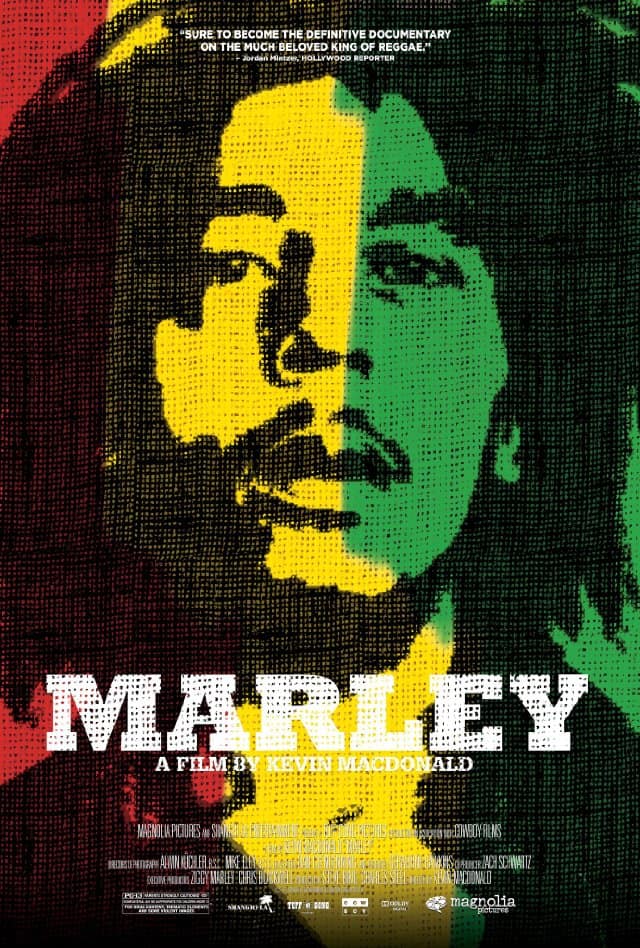 This documentary starts slowly, with snippets about Marley that seem to skirt the peripherals, but it soon becomes clear that these are there to tease, whetting our appetite for what is to come. Soon we are delving deep into Marley’s public and personal life, with input from people who were involved directly with him. We meet his long-suffering wife, two of his 11 children, his half-sister, his long-term girlfriend, his friends, his lawyer, his nurse, his prime minister, his producer, the owner of his record label and last, but not least, the surviving member of his band, The Wailers. Every one of these people has something relevant to say, and every one of them is still clearly in the thrall of the genius who touched their lives.

What is missing from this story, however, are the details of how Marley actually got his first break. Having said that, at 144 minutes, it’s long enough for a documentary and, with so much material to choose from, some harsh choices probably had to be made. He had 11 children with seven different women, which is a movie all of its own, as is his relationship with The Wailers, his relationship with reggae, his philanthropy and his political overtures. It is this last subject that made him the target of an assassination attempt, which nearly cost him his life.

Unlike most geniuses, Marley was not a tortured soul. Perhaps this was because his spirit looked out at the world to see what ailed it, and was too busy trying to make it well to give his own demons time to feed. He loved his music, his country, and his family, but he loved mankind far more, and it is for them that he wrote his songs. Perhaps this was because he really was a prophet and he knew that, when he got snatched away, they would ensure that his legacy would never die.