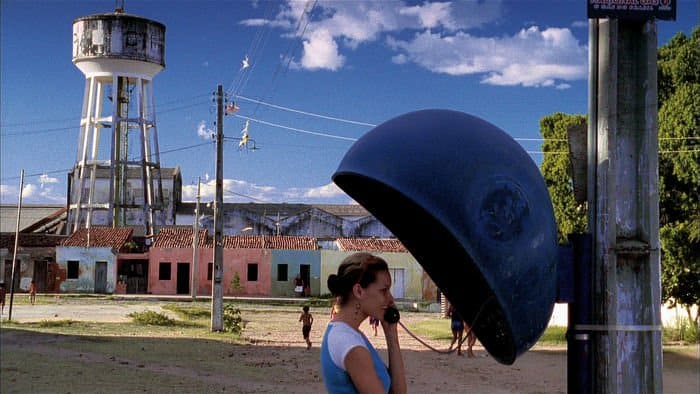 As a teenager, Hermilia (Hermilia Guedes) left Iguatu, a little oasis in the Brazilian desert, for the excitement and opportunities offered by the capital city of Sao Paolo. There, the attractive girl impulsively allowed herself to become impregnated by Matheus (Matheus Vieira), a strapping young lad who won her heart by professing his undying love and promising to marry her.

Fast forward a couple of years, and we find Hermilia with a newborn, but no longer deliriously happy, because she’s riding a bus back to Iguatu without her man. Believing they’re parting only temporarily for financial reasons, she moves in with her grandmother Zezita (Zezita Matos) and Aunt Maria (Maria Menezes), a lipstick lesbian. 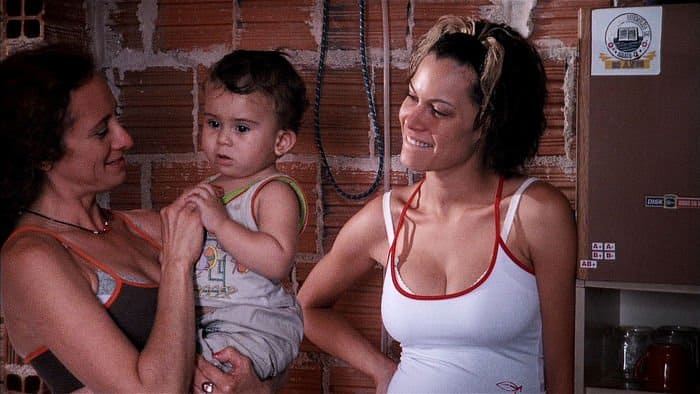 Gradually, Hermilia wakes up to the fact that Matheus won’t be sending any money to support her and the baby. This development leads the abandoned mom to lost interest in the child, too. Then, after her new husband disappears without leaving a trace or any contact info, she realizes that she’s in quite a predicament for a 20 year-old.

Against her better judgment, she starts hanging out with Georgina (Georgina Castro) who’s a bad influence because she’s a hooker and substance abuser. Not wanting to end up like her best friend, Hermilia senses that she has to make enough cash to leave her hometown again, because as a single-mom with no skills or education she won’t have much of a future there.

Rather than join Georgina as a streetwalker, Hermilia comes up with the bright idea of by raffling off her body once. This way, she’ll only have to sleep with one stranger and retire, provided she sells enough tickets to buy a house. 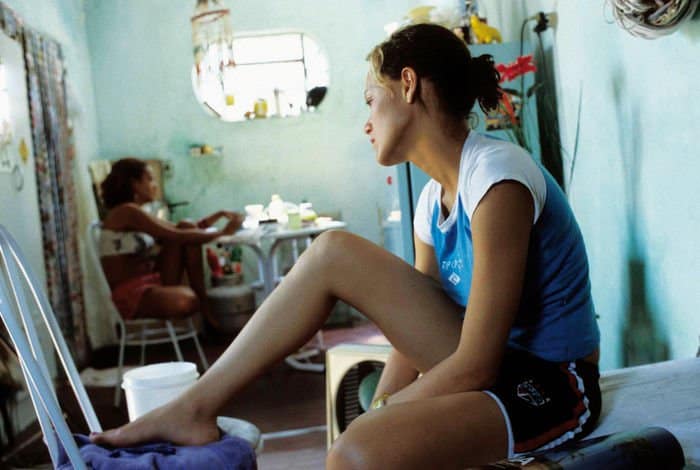 So, the enterprising girl starts flirting everywhere she goes, and any guy who propositions her is informed that he can’t have her now, but for $2, he’ll have a shot at “a night in paradise.” For a while, the lottery idea looks promising, since lots of lustful men start lining up to enter.

But complications ensue when word spreads like wildfire, and gossip reaches the ears of females who feel threatened by Hermilia’s shameless scheme. In addition, Zezita feels humiliated by the shame her granddaughter has brought upon the family, and she considers reporting the illegal operation to the police.

A night in shining armor arrives by motorcycle in the person of Joao (Joao Miguel), a former boyfriend who wants Hermilia back. He offers to buy all the tickets and thereby save her from further disgrace. However, his headstrong ex appears to be enjoying all the attention and also seems hell bent on getting her impending financial independence.

This captivating turn of events proves quite captivating in Love for Sale, a female empowerment flick based on as intriguing a premise as you could ever hope to find. Directed by Karim Ainouz, the controversial drama is as fascinating for its presenting an empathetic perspective of Hermilia’s socially-repugnant and selfish behavior, as for what it has to say about the general oppression and limited options available to lower-class women in dire straits.

A lust-driven lottery which gives a whole new meaning to the word “Powerball.”

In Portuguese with English subtitles.