This film is about Louis Armstrong, the first jazz soloist to garner international acclaim and one of the greatest musical influences of the 20th Century. His road to stardom is a classic underdog story and, of course, fodder for a fascinating biopic. But, in the event, the filmmaker dismisses Armstrong’s spectacular rise, plays out a few months of his childhood, screens it in black and white and makes it into a silent film.

The expectancy is that something has been added visually to compensate for the lack of sound, or some new high-tech way has been created to deliver the dialogue, because reading off screen cards for the entire film would be really hard work. But this is exactly what happens, which is most definitely not the cinematic experience we hope for and is also quite a novel way for a filmmaker to commit financial suicide.

Louis is a twelve year old boy who lives with his single mother and goes to work each day delivering coal. He befriends a local prostitute and, when the brothel where she works attracts the attention of some local villains, he tries to save her and gets into trouble with the law. 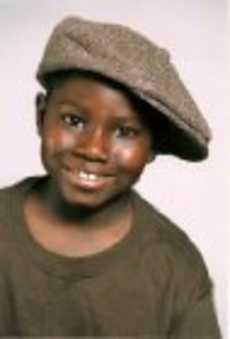 The filmmaker’s synopsis is a little shorter than mine, quote ‘A silent film which tells the story of how Louis Armstrong got his first cornet….’ To be precise, Louis gets his first cornet when the two men he works for drop him off at his home and a client of his prostitute mother emerges from Louis’s house. The two men feel sorry for him and give him a cornet which they just happen to have on their coal truck.

But after the one sentence synopsis comes the real humdinger…. ‘with Live Musical Performances by Wynton Marsalus and Cecile Licard.” That’s right, no music from the legendary Armstrong. So were the rights too expensive for the filmmaker to buy, in which case, why would they make this film at all? Then I went on the internet and all was revealed.

The writer, director and producer is one Dan Pritzker, a big jazz fan and billionaire heir to the Hyatt empire. So it was no surprise to discover that the budget for this little independent film is a staggering $25M, which goes to show that the only thing that changes as men grow older is the price of their toys.