Marianne Faithful was a Sixties sensation made famous by her hit single As Tears Go By, a song written for her by the Rolling Stones’ Mick Jagger and Keith Richards. While dating Jagger for several years, she experimented with drugs and eventually became addicted to heroin.

A tragic casualty of the hippie era, she became anorexic, developed laryngitis, lost custody of her son, declared bankruptcy, became homeless and essentially disappeared from the radar by the mid-Seventies. Now, this diva who had been reduced pretty much to a trivia curiosity makes a triumphant return playing the title role as Maggie, aka Irina Palm, the name she adopts while secretly employed at a whorehouse in London. 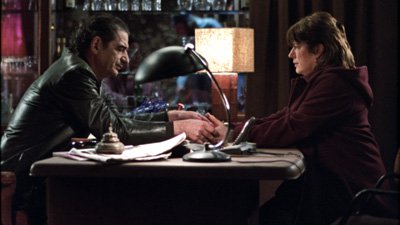 As a frumpy, overweight member of the geriatric set, Irina isn’t exactly what most johns are looking for when they come to a bordello. Luckily, her clients don’t want to see who they are having sex with. No, they pay to stick their privates through a hole in the wall in order to be satisfied by the hands of whoever happens to be on duty on the other side.

To be honest, the movie is not as salacious as it might sound, as it is less about the goings-on inside the house of ill repute than about what drove Maggie to the world’s oldest profession. Turns out she has a seriously-ill grandson (Corey Burke) in need of a life-saving operation, and his parents simply don’t have the money to pay for the operation. 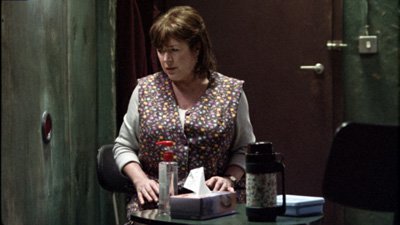 Desperate times call for desperate measures, so this suburban granny starts leading a double-life to raise the cash. Maggie’s predicament is complicated when her alter ego Irina proves to be one of the more popular “girls” in the club. Meanwhile, she increasingly finds herself the subject of gossip among her suspicious neighbors.

Will she be outed before she makes enough moolah to retire? Or might she not even decide to quit? At heart, this intriguing character study poses the ethical question whether what would ordinarily be considered reprehensible behavior can become acceptable when done for altruistic reasons. 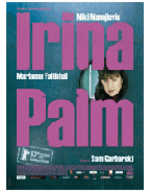 A thought-provoking drama, which arrives in a timely fashion, given these dire days of skyrocketing medical costs and a governor caught consorting with high-priced call girls.