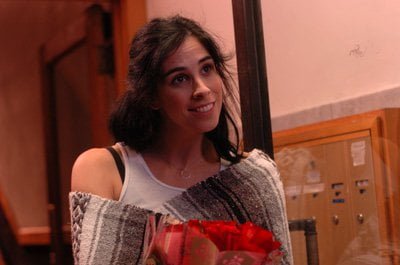 James Aaron (Jeff Garlin) seems to be bottoming-out. Not only is the aging actor overweight and unemployed, but he has just been dumped by both his girlfriend and his agent. Furthermore, because he still lives at home with his mother (Mina Kolb), the prospects for his social life improving aren’t very promising. On the job front, he’s been very picky about what parts he’ll consider, yet he gets upset when denied an opportunity even to audition for a role later awarded to an up-and-coming teenager (Aaron Carter). 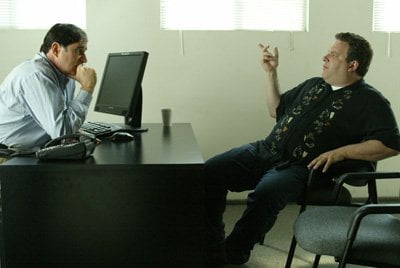 Desperate to turn his fortunes around, the rudderless thespian starts by joining Overeaters Anonymous to deal with his binge eating. But that effort backfires when he bolts from that 12-Step support group to seek out the familiar comfort afforded by his favorite ice cream parlor. There, James is flattered when the attractive, young cashier (Sarah Silverman) behind the counter flirts with him shamelessly.

Although, at first, he finds it hard to take Beth’s impulsive overture seriously, the two do forge an unlikely liaison reminiscent of Woody Allen’s classic mismatches opposite Diane Keaton (Annie Hall), Mariel Hemingway (Manhattan) and his other relatively-striking leading ladies. In fact, I Want Someone to Eat Cheese With might best be thought of as a romantic comedy generally trading on Woody’s trademark themes, except substituting Chicago for New York as a backdrop and as the cinematic source of its inspiration. 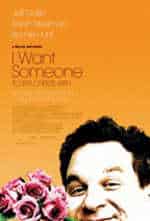 Written and directed by and starring Second City native Jeff Garlin, this funny flip farce revolves around his winning performance as the picture’s introspective, highly neurotic protagonist. Fortunately, he exhibits an endearing enough vulnerability to pull off the Woody Allen imitation, and with the help of a stellar supporting cast which includes Bonnie Hunt, Sarah Silverman, Amy Sedaris, Tim Kazurinsky, Elle Fanning and Dan Castellaneta.