Leyla, (Sheetal Sheth), a repressed British Muslim of Indian extraction, is about to marry a dude who has no idea she’s gay. Except for being in the closet, she has little in common with Tala (Lisa Ray), a carefree Palestinian Christian living in London. Tala has been engaged four times herself, but always seems to get cold feet prior to her wedding day.

There’s chemistry aplenty when demur Leyla, a budding novelist, crosses paths with feisty Tala, a debutante from a filthy rich family. But because they hail from very different cultures, neither of which is tolerant of homosexuality, the two are slow to follow their hearts. After all, both still live at home, so they have to contemplate the consequences of coming out. Plus, their just being friends causes controversy on account of their religious differences. About all they can agree on is that “What the Middle East doesn’t need is more Jews.”

Anti-Semitism aside, the young ladies do lock lips and fall madly in love. Surprisingly, shy Leyla is the first to summon up the courage to come out. Unfortunately, her parents’ underwhelming response is the opposite of supportive, with her mother calling lesbianism, “a huge sin,” while her father wonders how his daughter could’ve turned gay so quickly, since he’d “only been gone two hours.” 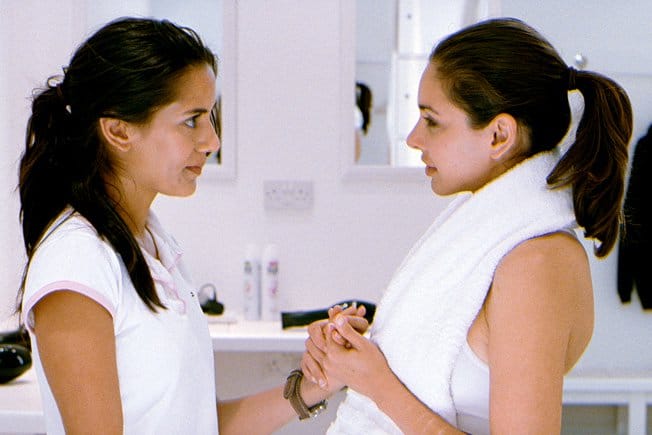 Tala, on the other hand, takes her sweet time to share her secret, preferring to drop a hint by wearing a titular t-shirt emblazoned with the words, “I Can’t Think Straight,” a cleverly-concealed double entendre. Writer/director Sharmim Sarif has crafted an engaging enough sitdram to keep you enthralled while wondering how her attractive heroines’ homoerotic relationship will resolve itself.

Lipstick lesbians, Hollywood’s answer to the passage in California of Proposition 8!

To see a trailer for I Can’t Think Straight, 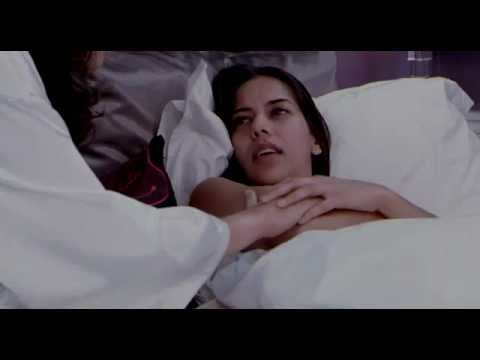