This is a desperately tame, slow-paced story, cram-packed with religious fanatics who are so brain-washed they all sound the same. This leaves the audience with only the hero to identify with, but she is far too passive for far too long and the entire film drifts from scene to scene until we reach the final and undramatic end.

Corinne and Ethan are still teenagers when Corinne gets pregnant and the two get married. Corinne already attends church but when their newborn is miraculously spared in an accident the young parents are convinced God has saved them and they become staunch evangelical Christians. Adult Corinne (Vera Farmiga) and Ethan (Joshua Leonard) have two more children and they live their lives entrenched in the local church community, but then Corinne becomes restless, her marriage falters and she begins to withdraw from her faith. 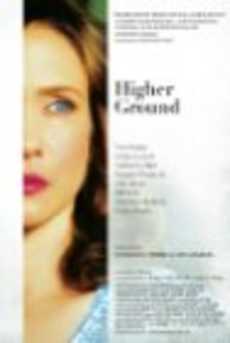 All the characters in this film are so extreme they border on the satirical, and had Corinne had the backbone to stand up to these sanctimonious hypocrites, who act more like cult victims than church-goers, entertainment values would have gone through the roof. There is one scene when one of the older women rebukes Corinne for getting a compliment from a male member of the group and warns her of the danger of “a brother stumbling.” Corinne’s response is totally humbling, which is irritating, and even if she wasn’t ready to rebel, hints that something was smoldering below would have built tension and got us ready to route for her.

Unfortunately, this rebellion never happens and instead of fighting back, this fine lady keeps asking God to show her a sign. When these requests go unanswered, she finally shows a little humanity and starts bitching at her ineffectual husband, who spends a lot of time whining and who she appears to be far more ticked off with than him-in-the-sky.