You don’t have to look too far these days to notice that quite a number of films abound with jobless and financially struggling characters, in stark contrast to the often recession-proof movies they inhabit. Top that off with the emergence of big election year themed movies turning up lately to stir into the volatile when not moody mix. And, enter Grassroots.

So is a movie about a local Seattle City Council election, however far fetched even if it actually happened, sufficient dramatic fuel for a feature film? Yes and no. Though a number of dismissive reviews for Grassroots lately, seem to confuse disdain for the topic of political campaigning itself – or even the real people these rabble-rouser characters are based on – with an assessment of the actual movie. Reality check, colleagues. 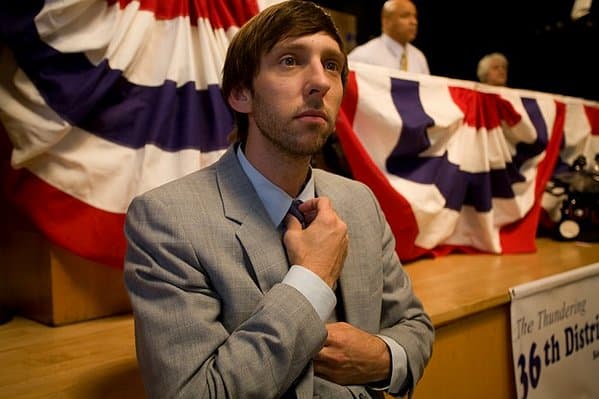 Situated chronologically in a post-millenial America in 2001, a few years after the explosive Battle Of Seattle protests against the WTO and just before 9/11 ensued, a rather unremarkable Seattle City Council election is gearing up. That is, until two unemployed alternative weekly journalists join forces to shake things up by running perhaps one of the most improbable but enthusiastic campaigns ever. Well, not exactly enthusiastic, at least for starters. The goofy pair consists of self-declared manic candidate out of nowhere Grant Cogswell (Joel David Moore), and glum pal Phil Campbell (Jason Biggs) whom he has to nearly drag into the race kicking and screaming, as his campaign manager.

Coasting along on mostly unfocused, giddy hyperbole having something or other to do with the city monorail, Cogswell’s greatest challenge may be locking horns with his rather laid back and affable incumbent opponent, Richard McIver (Cedric The Entertainer). And since McIver is is African-American in an overwhelmingly white liberal city, any political attack against his rival has the potential of seeming insensitive, to say the least. Which it does.

But the defiant duo thanklessly presses forward – Cogswell high on daffy rhetoric, and Campbell concurrently nursing a broken heart over the woman who just dumped him in frustrated reaction to the entire fiasco. And all the while fueled by an imagined youthful people’s power that does in fact materialize. Sort of.

Written and directed by Stephen Gyllenhall (Waterland, Homegrown) and adapted from Phil Campbell’s book, Grassroots: Politics…But Not as Usual, this spunky political satire does its earnest best to invigorate a fairly slim story, and does in fact succeed in squeezing some lemons into lemonade in the process. But possibly most surprising of all, is Grassroots’ inadvertent prophetic conjuring of the Occupy Wall Street Movement to come, without even knowing it. 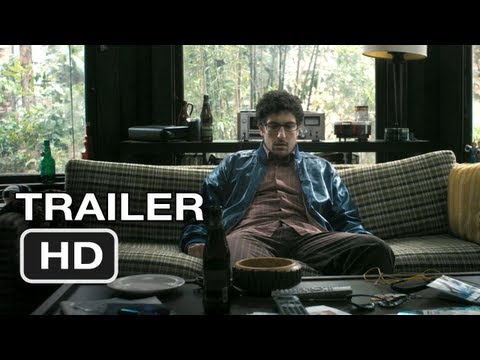