“Sorry About That” but Steve Carrell Is No Don Adams

Get Smart, which enjoyed a five-year run on TV from 1965 to 1970, was a reliably-sidesplitting spoof of James Bond and the rest of the international espionage genre. Created by Mel Brooks and Buck Henry, the program starred the late Don Adams in the title role as the bumbling Maxwell Smart, aka Agent 86, and Barbara Feldon as his sultry sidekick, 99. As spies for CONTROL, a CIA-style government agency, their weekly mission was to protect the Free World from their evil, Cold War counterparts working for KAOS.

Now, Steve Carrell has been tapped to play Max in the screen adaptation, a two-hour waste of celluloid with fewer laughs than any one half-hour episode of the original television show. For some unfathomable reason, director Peter Segal opted to overhaul a relentlessly-hilarious, over-the-top parody never intended to be taken seriously into a dramatic adventure with only intermittent comic relief. 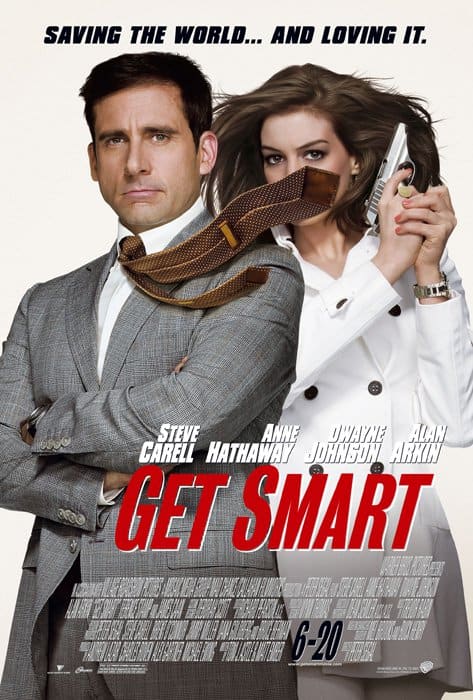 Yes, Smart still employs stock catchphrases such as “Missed it by that much” and “Would you believe – ?” periodically, and he also has some of the old gadgetry at his disposal, like the confounding Cone of Silence. In addition, many beloved characters have also been brought back, including The Chief (Alan Arkin), Agent Larabee (David Koechner), stowaway specialist Agent 13 (Bill Murray), Hymie the Robot (Patrick Warburton), and KAOS villains Siegfried (Terrence Stamp) and Shtarker (Ken Davitian). Notable cast additions include The Rock as Agent 23, Terry Crews as Agent 91, James Caan as the President of the United States,

However, because this version places more of an emphasis on action and special effects than on humor, the jokes are few and far between, a fact likely to infuriate the franchise’s diehard fans. Another irritation is the profanity and off color content which will undoubtedly seem inappropriate to anyone familiar with the source material. But the film’s biggest failing is that Steve Carrell doesn’t even try to deliver his lines with the same pithy pizzazz which made Adams’ embodiment of the character so memorable. 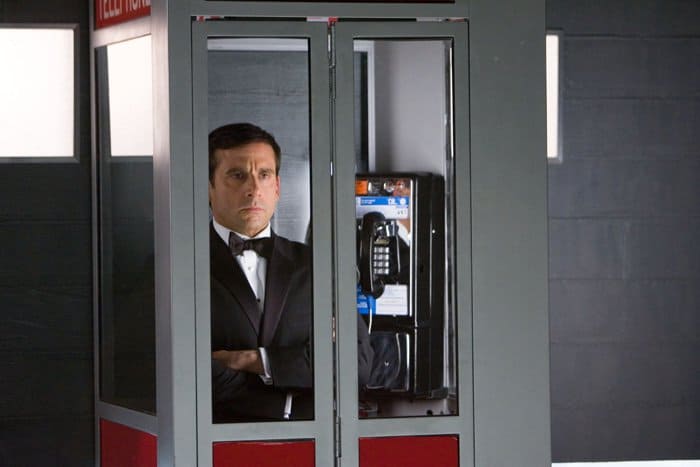 The nostalgia factor aside, perhaps the picture’s most offensive indiscretion involves a shameless reenactment of Catherine Zeta Jones’ memorable moment from Entrapment (1999). Here, we are treated to the sight of curvy 99 (Anne Hathaway) undulating sensuously in a form-fitting outfit to avoid red laser beams. Is the passage of nine years enough time to plagiarize a famous scene and think no one would notice? How dumb and absolutely unoriginal!

The upshot is that this incarnation of Get Smart neither does justice to the TV show nor to any of cinema classics it borrows ideas from, pictures like True Lies, The Spy Who Loved Me, Moonraker and Dr. Strangelove. Get Smart got stupid. 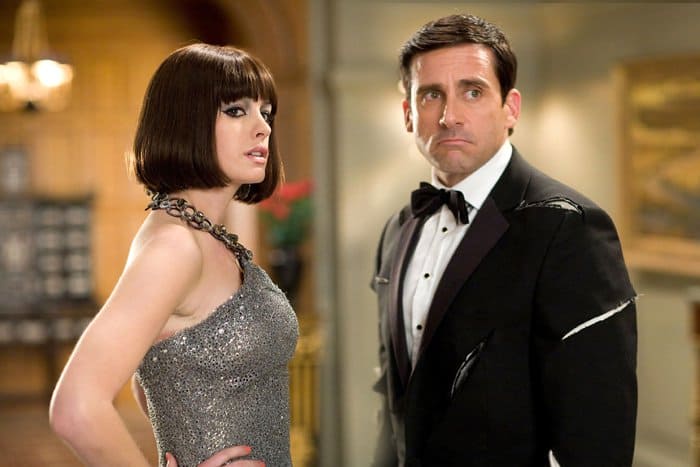 In English and Russian with subtitles.

To see a Get Smart trailer, visit: 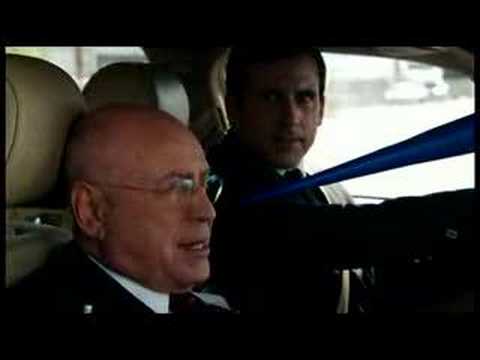