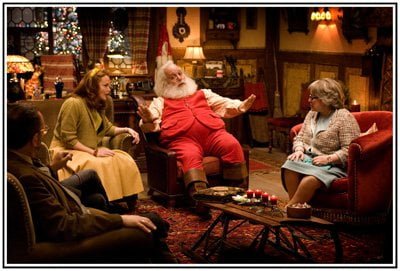 What’s the first thing that comes to mind when you think of Michael Jackson? Even though he’s never been found guilty, pedophilia always pops into my head. For this reason, excuse me to find it first distracting, then disturbing, to hear him singing “Santa Claus Is Coming to Town,” not once, but twice during this movie.

There were certainly plenty of other artists who have covered the popular Christmas song who director David Dobkin could’ve chosen from, if he was dead set on including that particular tune in his picture. So, the inclusion of the Jackson Five version makes you wonder whether the North American Man-Boy Love Association (NAMBLA) might have had a say about the soundtrack.

Let’s be brutally frank for a minute, it’s already a little creepy just thinking about your average Santa, seasonal help plucked from the pools of the unemployed. But if you arrived at a mall, and Michael Jackson was being piped in, you might have second thoughts about letting your kids sit on St. Nick’s lap.

Even if you can get past wacko Jacko’s warblings, Fred Claus is a film with plenty of other failings, ranging from a flawed premise to questionable casting to a dearth of mirth to its lasting way too long. The film stars Vince Vaughn in the title role as Santa’s ne’er-do-well elder brother, opposite Paul Giamatti, who looks a little out of his element as Fred’s saintly sibling. 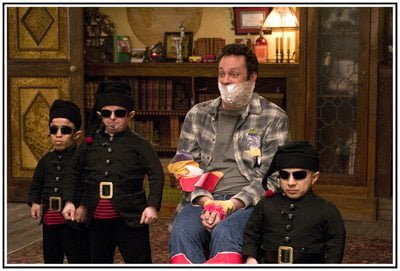 The kid-friendly plotline is easy enough to follow, as it revolves around Santa’s generously offering his broke brother a job managing his Naughty or Nice Department during the busy holiday season. Recently-bailed fro jail, Fred bids adieu to his practically fed-up girlfriend, Wanda (Rachel Weisz), and to his orphaned next-door neighbor, Slam (Bobb’e J. Thompson), and sets out for the North Pole from Chicago.

But upon his arrival, the slacker only throws a monkey wrench in Santa’s streamlined facility by encouraging DJ Donnie (Ludacris) to play distracting dance music instead of holiday hymns and jingles. Soon, the elves are partying instead of making toys, and Santa falls way behind schedule. Then, nosy Mr. Northcutt (Kevin Spacey), a Scrooge-like efficiency expert roaming the grounds, threatens to shut down the operation entirely.

To top it all off, by Christmas Eve, suddenly sick Santa is worried about the prospect of disappointing all the children around the world eagerly-anticipating the impending arrival of their presents. The solution is no surprise, as he asks his brother to deliver the gifts by sleigh for him. Of course, Fred makes the most of this opportunity to overhaul his loser image, stepping in to save the day for a fairytale finale.

Don’t make the mistake of misreading the tacked-on happily-ever-after ending as a stamp of approval for a mean-spirited production, its PG rating notwithstanding. Among the movie’s tasteless moments is when Santa slides down the chimney and disturbs a Jewish family during Hannukkah dinner. He leaves without giving the children any gifts ostensibly because they’re of the wrong faith. 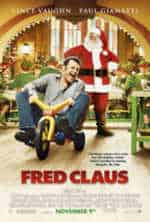 Equally insensitive is the depiction of African-American characters as reprobates. DJ Donnie, the only black elf, willfully screws up at his job, while little Slam is so morally-unprincipled that he pickpockets Santa on Christmas Day, as if to suggest a genetic predisposition towards criminality. Ha-ha.

A feel-bad Christmas flick, not exactly the way anybody would want to kickoff the holiday season.