The tranquility of an otherwise unremarkable morning is shattered when a psychopath pulls out a gun and starts randomly spraying bullets around a diner in Los Angeles. A number of people perish, including ultimately the shooter, but those who lost their lives are not the subject of this harrowing psychological drama. Instead, it focuses on the emotional fallout visited upon several traumatized souls who witnessed but miraculously survived the slaying.

Based on the novel Winged Creatures by Roy Freirich, Fragments was directed by Australia’s Rowan Woods, who managed to assemble a stellar ensemble to execute his vision for the screen adaptation. The serendipitous nature of the picture’s elliptical plotline is reminiscent of Crash, although this thought-provoking mindbender is certainly novel enough to stand on its own.

In the wake of the slaughter at the point of departure, we see that each of the characters reacts differently, starting with Charlie Archenault (Forest Whitaker) who had only been grazed in the neck by a bullet while sitting at the restaurant’s counter. Although Charlie was already suffering from cancer, he sees his close shave as a sign of good fortune, so he goes to a gambling casino to test whether his brush with death is the beginning of a lucky streak.

On the other hand, waitress Carla Davenport (Kate Beckinsale), an overburdened single-mom, responds to the incident rather irrationally, by neglecting her baby’s needs and by flirting with one of her customers, the unhappily-married Dr. Bruce Laraby (Guy Pearce).

Then there’s teenager Anne Hagen (Dakota Fanning) who turns to religion to cope, much to the chagrin of her mother (Jeanne Tripplehorn) who is mostly frustrated by her being Born Again. Other sidebars feature Jennifer Hudson as Charlie’s concerned daughter, Embeth Davidtz as the doctor’s distant wife and Josh Hutcherson as Anne’s boyfriend who had been at the scene, too, and successfully ducked under a table.

Harrowing proof of the metaphysical harm inflicted by gun massacres.

The DVD version of Fragments also contains a track of Director’s commentary.

To order a DVD of Fragments, visit amazon 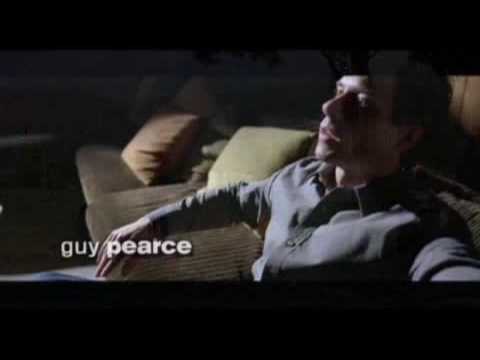