An Israeli film about a very different kind of Jewish guilt, Forgiveness also raises a daring tempest of more universal issues around military aggression. Such as the thin line between war and murder, and the legacy of war in a bid to settle conflict with enemies, as an ironic impetus with the potential to generate additional enemies, whose wounds may be more emotional than physical. Israeli writer and director Udi Aloni has masterfully touched on these highly sensitive topics in his homeland by conveying their controversy in surreal and mystical modes of communication.

In Forgiveness, David (Itay Tiran) is an aimless young American Jew consumed by identity issues and the lack of direction in his life. The son of a Holocaust survivor (Michael Sarne) who was a soldier in Israel before relocating to the United States, David follows his father’s path by journeying to Israel and joining up with the army there. 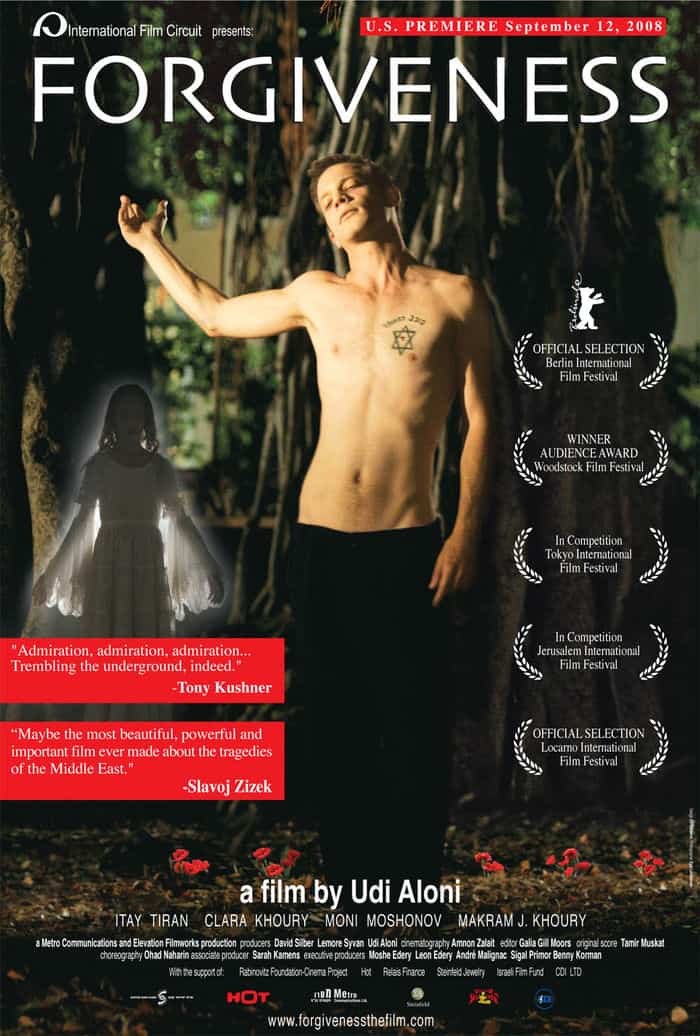 When David kills a Palestinian girl while on patrol, he is traumatized into a state of catatonic psychosis, and dispatched to an Israeli mental hospital. This peculiar, seemingly enchanted institution is populated with quirky and indeed comical characters, mostly elderly Holocaust survivors, in particular the very charismatic Muselmann (Moni Moshonov).

At the same time, a bizarre and chilling reality presents itself, as it’s revealed that the mental hospital has been built on top of the ruins of the entire gutted Palestinian village of Deir Yassin that actually existed, where on April 9, 1948, a Jewish militia invaded and massacred over one hundred inhabitants. And it appears that the primary form of therapy is for the patients to excavate the grounds and unearth both the remains and possessions of the Palestinian dead, in order to come to terms with their own consuming emotional traumas.

And after receiving an experimental drug that dulls his troubling memories, David returns to the US, where he becomes romantically involved with Lila (Clara Khoury), a Palestinian-American political activist. Tragedy ensues when David reveals that he fought in the Israeli army. Though this narrative thread is perhaps the weakest however fantastical, since this passionate relationship between two cultures so at odds with each other, is never explained and in any case seems highly unlikely to begin with.

Forgiveness is nevertheless a stunning poetic feature. And one that has much to relate about current grim Middle Eastern realities, through the vehicle of a boldly imaginative and lyrical story.