Tyler Perry’s For Colored Girls may be based on a decades old lyrical play by Ntozake Shange, but the issues it raises about black female rage and sorrow, couldn’t be timelier. Though according to Janet Jackson, who shared her thoughts during this conversation about the movie, For Colored Girls is in many ways a love story. At least when it comes to the enormous affection Janet feels for the character she plays, strangely enough a devil of a female boss though not noticed wearing Prada. She also voiced her surprising preferences as to dream career choices, the process of immersing herself in playing a woman who is her total opposite emotionally, and a personal passion for sea bass and Dover sole.

Hey Janet. I spotted you some time ago coming out of the Waverly Inn. So what’s your favorite dish there?

JANET JACKSON: I think it’s the sea bass that I had. And the Dover sole.

Did you ever have the chicken pot pie there, it’s awesome.

Now, what was it that connected you to your character Joanna?

JJ: You’re asking what does this character mean to me? I really fell in love with her. There’s humanity there, and parts of her that I could truly relate to.

Like how she has these walls up, and how she dives into her work, to skirt the true issues that are going on at home. And then you eventually get to see her humanity there.

You know, the vulnerable side, a little bit. And there was a point in my life, where I was definitely there. And that’s one of the things that I absolutely love about her. 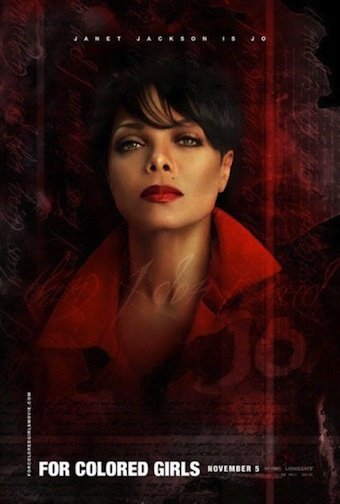 But she runs her own company, and she’s very shrewd, very bold. And a no nonsense woman who has a lot going on in her life. And a great deal of walls in her personal life.

Well, unlike Joanna who’s on the self-centered side, you’re amazing in the way you give back to the community. Talk about that.

JJ: Oh gosh…I try! That’s how our parents raised us. And to do our part to help others. You know, I try to give back as much as I possibly can. So I don’t…know what else to say!

You’re such a soft spoken woman, and your character is so harsh. Is that contrast something that appealed to you?

JJ: It definitely was. It’s something that I had never done before, and it was completely different from all the other roles that I’ve taken on.

And Tyler told me that was the direction he wanted to go in, to show a different side of me. And I fell in love with her, just seeing the similarities between the two of us. And the humanity that she eventually winds up showing.

Did her nasty side ever scare you?

Were you familiar with the original stage play?

JJ: I actually never saw the original play. I remember visiting Michael, he was doing The Wiz in NY. And I was just a kid, I was on hiatus from Good Times.

So I came to NY because I was missing him. And I remember seeing these commercials on TV, for a play with this really long title! But I never saw it.

I did know it was an all black cast, and all women. But I did see a version of it with Tyler last year. You know, just friends going to see a play. Or that’s what I thought!

But after seeing it, he told me that they wanted him to direct it, but he’s not quite sure. And I said, oh that’s cool. Then he went, would you want to be one of the characters.

And when I looked surprised, he said, what did you think, we were just hanging out! I said, well yeah. I thought you just wanted a friend to come along with you to see a play! But I really enjoyed it a great deal.

Do you feel more like an actress now, or a performer?

JJ: I’m just thankful that Tyler has allowed me to do something that I’ve really always wanted to do. I wanted to be an actress, not a singer. I did that because my father asked me to.

And I’m thankful, because that’s been very good to me. But this is where my true passion was. And this is what I started out doing first, when I was ten years old.

So I’m so thankful for Tyler allowing me to. And for opening the door for me to do something that I’ve always loved.