Flight is a story about the consequences of self-indulgence, weakness and deceit. It’s a simple tale, complicated perfectly by a badly flawed character who takes us on his tragic journey. It’s impossible to know what dumb mistake our hero is going to make next, and it’s these dilemmas that keep us intrigued from beginning to end.

Whip (Denzil Washington) is an experienced, respected airline pilot. He’s on a routine domestic trip when his plane malfunctions and sends his crew and passengers into a wild panic. He stays calm and, using his superior skills, lands his jet in spectacular style, saving the lives of many who would have perished with a lesser pilot at the helm. Whip is hailed as a hero until the toxicology report is released, which shows that he was not only intoxicated during the flight, but he had also taken cocaine. An inquiry is launched and Whip has to deal with the fall-out from his airline, the T.S.A, the press, his crew and his family. 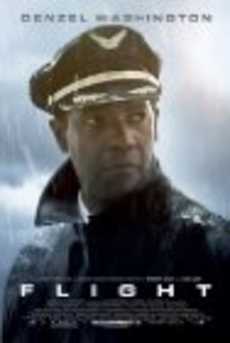 When we first meet Whip, it’s 7 a.m. and he’s due to pilot a 9 a.m. flight. He wakes up in bed with an air hostess, polishes off a bottle of beer left over from the night before, curses at his wife and son on the phone, then sets up his day with a couple of lines of coke. Obviously, this behavior should make him unlikeable, but he’s also Mr. Cool, and he draws us into his tortured world with such gentle charm that his behavior evokes concern, not disgust. This is audience manipulation at its most cunning, and the reason why we go to the movies.

There are some great moments in this film, but there are also some that shouldn’t be there. The point of view changes from Whip’s to Nicole’s (Kelly Riley), who is the token love interest, and whose tawdry life details contribute nothing to the story. A simple mention of her latest drug overdose would have been enough back-story to keep the action on track. Also, there’s a storyline with Whip’s co-pilot, who seems intent on telling the airline about his pilot’s drunken state on the morning of the crash, but this threat disappears, with no explanation as to why.

It’s always good to learn something new from a film, and this one teaches us that, if you’re really, really drunk, a couple of lines of coke will not only clear your head, but also render you as sober as a judge. This reveal not only turns Whip’s fate on its head, but is also good news for the hard-drinking community, who previously thought they couldn’t partake on week nights. All they’ve got to do is wake up nice and early, skip breakfast, stuff a little Charlie up their nose and hey ho, hey ho, it’s off to work we go.

To see the trailer of Flight: 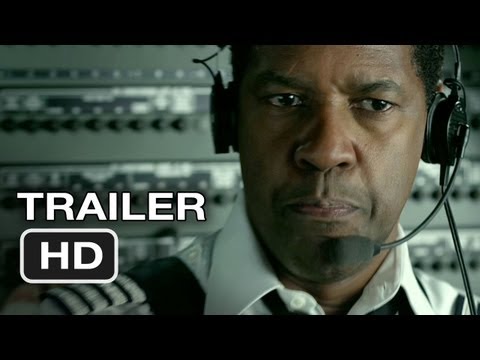