Between 1949 and 1954, C.S. Lewis penned a captivating series of illustrated children’s novels referred to collectively as The Chronicles of Narnia.

The first book, The Lion, the Witch and the Wardrobe, was brought to the big screen in 2005, grossing close to $300 million at the box-office, domestically, a sign that Disney had the makings of a franchise on its hands.

That initial adaptation, began in Great Britain shortly after the outbreak of World War II, and introduced us to the Pevensies – Lucy (Georgie Henley), Peter (William Moseley) Susan (Anna Popplewell) and Edmund (Skandar Keynes) – a tight-knit quartet of siblings evacuated from London to the country to avoid being bombed by the Nazis during the Blitz. 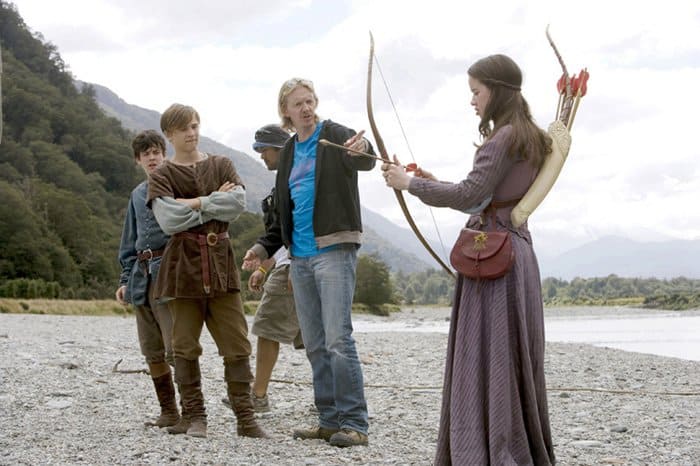 While exploring their new surroundings, they find a magical closet through which they travel to a faraway realm known as Narnia. And before they finally return to England, the kids embark on an eventful adventure which has them fulfilling an ancient prophecy by breaking the spell cast over the peaceable kingdom by an evil witch (Tilda Swinton).

Set a year later, Chronicles 2 opens with the nattily-attired Pevensies standing on the Strand subway platform in their school uniforms waiting for a train when they are suddenly transported to Narnia again. Upon their arrival, they are dismayed to learn that their beloved utopia’s Golden Age has been disrupted by the rise to power of merciless King Miraz (Sergio Castellitto), a madman who rules with the help of a race of warriors called the Telmarines. 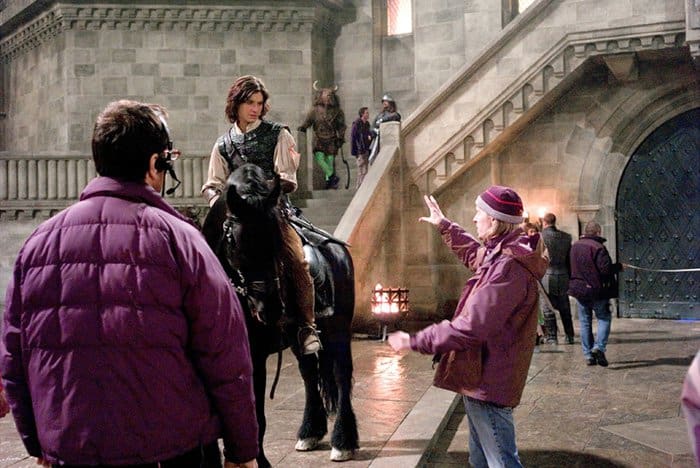 Furthermore, because Queen Prunaprismia (Alicia Borracherro) has just given birth to a son, the King hatches a plan to kill his nephew, the unassuming Prince Caspian (Ben Barnes). Apprised of the crisis, the Pevensies pledge themselves to another noble enterprise, namely, the perilous effort to bring harmony back to Narnia again by helping the exiled rightful heir ascend to the throne.

This is far easier said than done, but at least our intrepid heroes are ably assisted in that endeavor by the ingenuity of Trumpkin the Dwarf (Peter Dinklage) and a coterie of anthropomorphic animals, including Aslan the Lion (Liam Neeson), Trufflehunter the Badger (Ken Stott), Reepicheep the Mouse (Eddie Izzard), Pattertwig the Squirrel (Harry Gregson-Williams) and Bulgy the Bear (David Walliams). 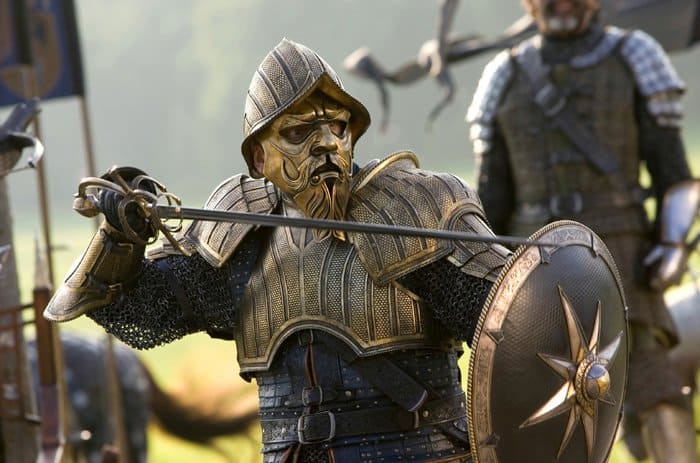 Reminiscent of such storied, cinematic epic fantasies as Star Wars and The Lord of the Rings, the saga inexorably builds to a familiar, cataclysmic battle royal that’s simply a marvel to behold. It may lack the element of surprise, but it more than makes up for that failing with the visually-enchanting treat of eye-popping panoramas plus the seamless interaction of the human and animated characters.

Along the way to a satisfying sendoff, this Biblically-themed morality play pauses periodically to deliver a litany of universal messages about faith, courage and the ultimate triumph of good over evil. In sum, Chronicles 2 proves to be a praiseworthy sequel aided immeasurably by the continuity and chemistry of the return of all the principal cast members, and above all by the sort of special effects spectacles the tykes are likely to want to see again and again.