This documentary doesn’t contain any surprises and it certainly doesn’t offer any answers, but what it does tell us is that, however bad you think the obesity problem in America is, it’s much, much worse. For that reason alone, Fed Up has got to be worth watching.

The story begins with a large scale analysis of the ingredients of fast food and the filmmakers make a convincing argument that junk food isn’t just fattening; it’s actually dangerous. The next item on the hit list is the ‘low fat’ phenomenon which is revealed as just a big fat lie perpetrated by the food industry. The victims of all this propaganda are personified by a group of unhappy children who share their anguish with the camera. Each one of them is fighting a losing battle to shed themselves of the fat that is stealing their lives.

Towards the end of the film, it is suggested that junk food should carry the same health warning as cigarettes. This is a justifiable idea, and perhaps the filmmakers should start a campaign to instigate this change after their film is released. If Big Tobacco couldn’t stop the ‘death’ word appearing on their goods, then Big Food won’t be able to either. Or will they?

Michelle Obama is featured as the advocate of healthy eating and exercise that she actually is, but it appears all is not as it seems. Apparently, her campaigns are receiving financial support from the blue chip companies who are the suppliers of the very food that is killing us and our children. An appendage at the end of the film states that the First Lady was invited to be interviewed by the filmmakers but she declined; in her place is Bill Clinton. What his connection with the food industry is, isn’t made clear, but perhaps attaching his name helped get the film financed, which is an irony in itself.

The human interest in this documentary is, of course, the children, but the filmmakers skirt around a major question that needs to be asked – exactly how culpable are the parents in the fight against their children’s obesity? They’re the ones who come home from the supermarket with the ingredients for dinner, and if they drop them in the fryer instead of the sieve, is that really the supermarket’s fault? There’s a chilling moment when the overweight mother of a morbidly obese boy is being interviewed. She’s sobbing uncontrollably because she knows she’s got to choose between her son’s health and eating chocolate. These few moments tell the biggest story of all and perhaps that’s where another finger should be pointing.

Available on DVD and streaming

To see the trailer of FED UP: 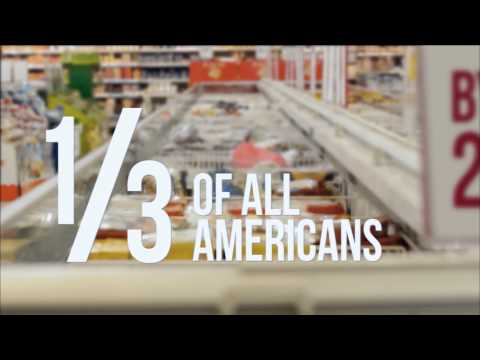