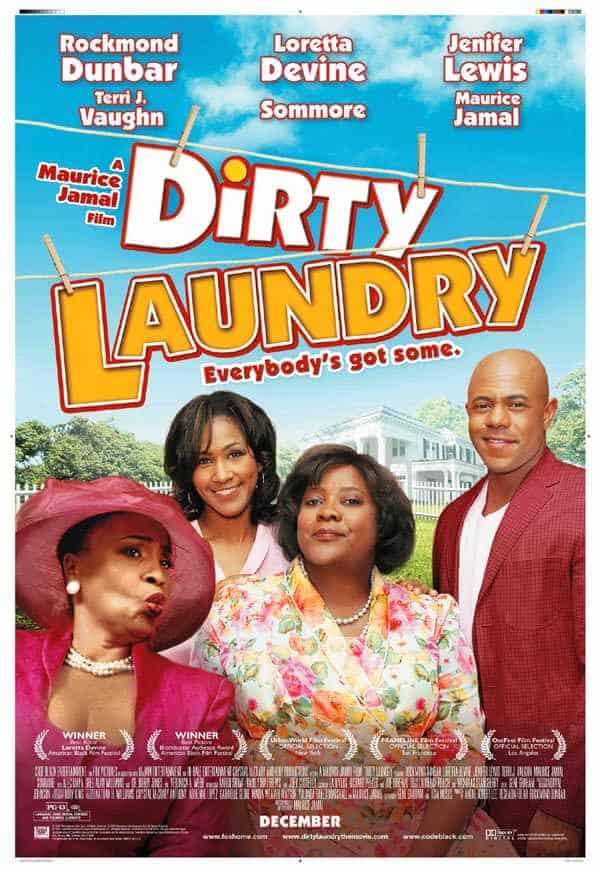 Dirty Laundry is a modern-day prodigal son story with a twist. It follows Patrick, a magazine writer, who seems to have the “perfect life.” Then one day, there is a knock at the door. On the other side stands a secret that brings him face to face with the traditional southern family he hasn’t seen in over 10 years.

With standout performances and a colorful array of characters and comedic actors, Dirty Laundry is a movie you must see.

NewsBlaze: You must be really excited about your film opening.

Maurice: I couldn’t be more excited (or nervous) as “Dirty Laundry” opens in Los Angeles and New York next week! As you can imagine, the energy, anticipation (and in my case, anxiety… LOL) is growing daily!

NewsBlaze: I hear you held some great previews already.

Maurice: The film has been embraced with such warmth and joy by our sneak preview audiences and so many people have been amazing. I am humbled by the support and could not be more proud of the film and its story.

NewsBlaze: The big studios create some really weak black films. What do you say to people who believe in black film?

Maurice: “Dirty Laundry” needs you! The exclusive LA engagement starts Friday, December 7 and we need for it to open HUGE!

We need to blow out opening weekend and show that there is an audience for witty, heartfelt and genuine Black films. The only way we’ll be successful is if we each push the film and get “butts in the seats.”

I am a passionate advocate of indie film and the need for divergent voices in Black cinema. For it to survive, it’s vitally important for communities to support quality films at the box office. In particular an industry city like L.A. can be tough because it seems like there’s a “premiere” when someone opens a grocery store. (LOL)

NewsBlaze: Which cast members will be at the L.A. Screening?

NewsBlaze: You say there are three easy ways to support “Dirty Laundry”

Maurice: The MOST important thing you can do is buy tickets!

Tix are available online at Fandango, Movietickets and Moviefone. Get tickets in advance! Tickets will be available at the beginning of next week. If you can’t make it, buy tickets anyway! Your support is truly appreciated and every ticket makes a difference. Go to a matinee! We’re encouraging our supporters to attend the matinees as they are a little harder to sell out.

The second thing is to have a “Dirty Laundry” movie party!

Invite a big group of family and friends and come see the movie. The more the merrier! The cast and I will be at the LA screenings throughout opening weekend and would love to see you there.

Third, send out 2-3 e-mail blasts on November 30th, December 3rd and December 7th. We’ll send e-mails our supporters could simply forward or they can make their own. One way is to have organizations that you’re a member of include information about “Dirty Laundry” in their next e-mail blast or in a special blast!