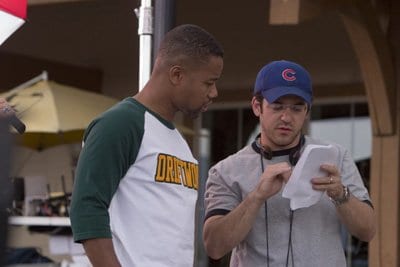 Perhaps I spoke prematurely when I suggested in my review of License to Wed that Robin Williams had replaced Cuba Gooding, Jr. as the kiss of death on a picture. Not to be outdone, Cuba has staked a claim for a return of his crown as the “King of the Bomb” with Daddy Day Camp, a sorry sequel to Daddy Day Care.

Cuba’s father, Cuba Sr., made his name as the lead singer of an R&B group called The Main Ingredient whose big hit was entitled “Everybody Plays the Fool.” While the lyrics to that song read, “Everybody plays the fool, sometime,” it appears that Cuba Jr. has chosen to play the fool all the time since taking home an Oscar for shouting “Show me the money!” at Jerry Maguire a decade ago. 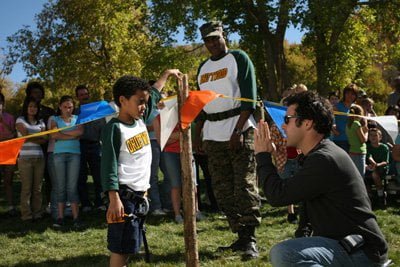 Apparently, Cuba took that character’s catchphrase to heart, given the woeful quality of his subsequent outings, from the dreadful What Dreams May Come to the insipid Instinct to donning a dress for the genderbending Boat Trip to bottoming-out as a hit man who both slept with and murdered his step-mother in Shadowboxer. Now, with Daddy Day Camp, he has taken another fat, seven-figure check to fill the shoes of Eddie Murphy, who opted not to reprise the lead role of Charlie Hinton.

It doesn’t help that Cuba has no sense of comedic timing and that he’s relying on an abysmal script of disconnected skits cobbled together by a quintet of hack screenwriters. Plus, the entire cast has been overhauled, with Charlie’s son Ben being played by Spencir Bridges, son of Todd “What You Talking about Willis?” Bridges of Different Strokes fame.

Still, the movie opens with an unnecessary tie-in reminding us about Eddie and company’s wacky antics in the original. Soon enough, Charlie and his best friend Phil (Paul Rae replacing Jeff Garlin) are escorting their sons to Camp Driftwood only to find the place in foreclosure. Instead of letting the nefarious owner (Lochlyn Munro) of neighboring Camp Canola take title to the property, they choose to purchase it first and to go into the day camp business. 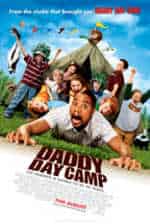 Next thing you know, they have their hands full of gleefully misbehaving little monsters who keep the pair up to their eyeballs in feces, cooties, bus crashes, flatulence, projectile vomit, poison ivy, swift kicks to the crotch, urine balloons and wedgies. Fortunately, Charlie’s no-nonsense father, retired Marine Colonel Buck Hinton (Richard Gant) shows up just in time to get the kids in line and whip them into shape for the annual Olympiad showdown against arch-rival Canola.

An utterly predictable, unfunny, infantile test of patience and waste of ninety minutes of my life I can never get back. Show me the exit!