A decade ago, Steven Soderbergh won an Academy Award for Traffic, a multi-layered potboiler highlighting the hypocrisy and corruption permeating political bureaucracies entrusted with waging the war on drugs. With Contagion, the iconoclastic director has fashioned another international mindbender, although the focus this go-round is on the medical community’s attempt to allay the public’s fears about a fictional outbreak of a deadly virus bubbling into a global pandemic.

Soderbergh assembled an impressive ensemble to execute his apocalyptic vision, an A-list cast featuring a quartet of Academy Award-winners in Matt Damon, Kate Winslet, Marion Cotillard and Gwyneth Paltrow, as well as a trio of Oscar-nominees in Jude Law, Laurence Fishburne and Elliott Gould. Based on a sobering screenplay by Scott Z. Burns, the distressingly-realistic adventure paints a relentlessly-grim picture of the paranoia apt to accompany the rapid transmission of an inscrutable affliction imperiling the bulk of humanity.

As the film unfolds, we find corporate executive Beth Emhoff (Paltrow) fighting a cough as she flies back to Minneapolis following a business trip to Hong Kong. En route, she takes a phone call from an ex-boyfriend she apparently just shared a rendezvous with during a brief layover in Chicago. 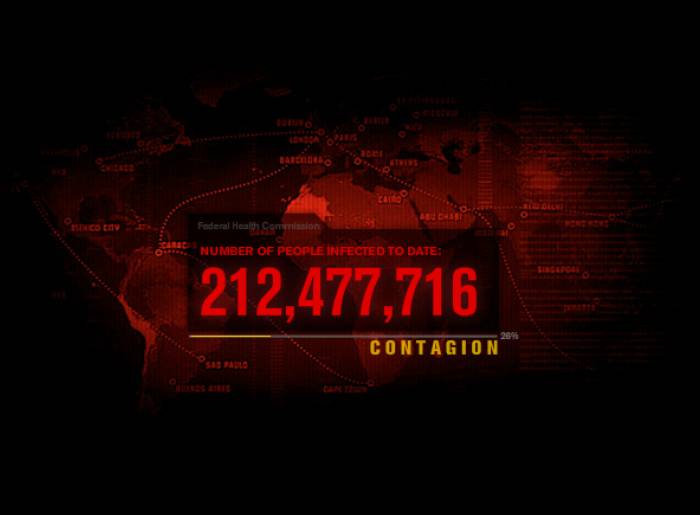 After performing a gratuitously-gruesome autopsy, the coroner identifies the cause of death as “MEV1,” a fast-acting pathogen they’ve never seen before. Retracing Beth’s route back to Asia, the Center for Disease Control (CDC) subsequently dispatches an epidemiologist (Winslet) to Hong Kong in search of answers, although that proves a little late as the infection rate has already escalated exponentially into a planetary plague.

Soon, folks are dropping like flies in every city with less than six degrees of separation from proverbial Patient Zero, and the authorities are tempted to participate in a cover-up to prevent mass hysteria. And it falls to an intrepid internet blogger (Law) to disseminate the truth about a readily-available herbal antidote, if only he isn’t discredited for a past indiscretion.

Contagion’s complicated storyline contains a plethora of additional plot points, ranging from an avaricious pharmaceutical peddling an ineffective vaccine to a renegade scientist (Gould) being pressured to destroy the fruits of his promising research to the ethical dilemma of a CDC official (Fishburne) who selectively uses top secret information to direct his wife (Sanaa Lathan) from a hot zone to a safe haven while leaving thousands around her to perish.

Though paling in intensity to Soderbergh’s far more compelling Traffic, the convincingly-scripted and adroitly-acted Contagion nonetheless presents a chillingly-plausible peek at how quickly civilization might unravel in the face of a rapidly-accelerating, extinction-level, biological event. Not exactly a pleasant prospect to behold. 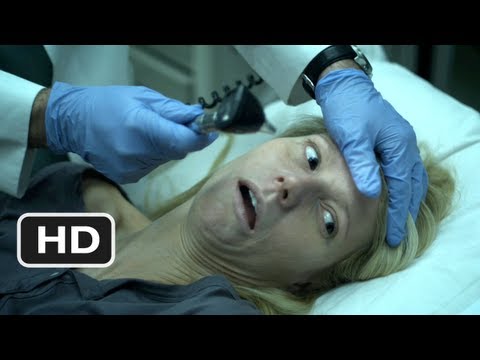