Forget about following around Denzel Washington or George Clooney, if you want to get a decent idea of what the average actor’s life is probably like in Tinseltown, you might want to check out Confessions of a Superhero, a documentary which closely chronicles the fortunes of a quartet of thespians doing their best to make it in Los Angeles. The film is fun to watch primarily because when not waiting tables, auditioning or appearing in a movie in a mob scene, these actors actually spend most of their time in costume not on stage but on the street, portraying Batman (Maxwell Allen), Superman (Christopher Dennis), The Hulk (Joseph McQueen) and Wonder Woman (Jennifer Gerht).

Essentially panhandlers, they strut up and down the sidewalks of Hollywood Boulevard in front of Mann’s legendary Chinese Theater in their superhero outfits, hoping out-of-towners will ask them to pose for a picture. Then, only after the photo’s already been taken, do they inform the unsuspecting tourists that they also expect a tip for the trouble.

Though these desperate losers appear to be utterly delusional about their career prospects, credit director Matt Ogens for giving each a modicum of respectability, plus their 15 minutes of fame. It’s almost scary to hear these comic book character impersonators talk about fading hopes they hold onto ever so tenaciously.

Typical is Christopher Dennis, the son of the late, Oscar-winning actress Sandy Dennis (for Who’s Afraid of Virginia Woolf). He does his best to resemble the late Christopher Reeve’s incarnation of The Man of Steel, complete with the spit curl plastered across his forehead. But we see that he’s obviously off the deep end when he allows the camera into his apartment, a wall-to-wall, floor-to-ceiling shrine to Superman, filled with posters, action figures and other cheesy memorabilia.

At one point, he does take a break from his obsession to get down on bended knee to propose to his long-time, live-in girlfriend, Chris. She accepts, which makes one wonder exactly what a Ph.D. would see in a guy with such a shallow calling. 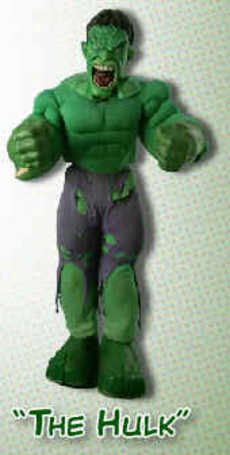 Even more curious is the relationship of Maxwell Allen and his wife, both of whom are convinced that he’s the spitting image of George Clooney. Not. Worse, Max has some serious anger management issues which come bubbling to the surface whenever any pedestrian fails to fork over some money for a snapshot with him as Batman.

Joe McQueen, is a brother from North Carolina, who surprises a lot of folks who don’t expect The Incredible Hulk to sound like a black man. During his segment, this formerly-homeless eternal optimist speaks about having endured the humiliation of bringing all of his earthly possessions with him to auditions.

The final focus of Confessions of a Superhero is Jennifer Gerht is a chubby ex-cheerleader from the Midwest who insists on squeezing into a Wonder woman outfit a few sizes too small. She is shown having trouble taking a hint from a kindly casting director who tries to tell her tastefully that she’s too old to play the girlish types of roles she’s still going for.

Sad to say, but this foursome she consider themselves lucky to be the subject of this picture. Prediction: It’s all downhill from here. A candid depiction of Hollywood as a la-la land where more dreams are dashed than achieved.