Through a Valley of Darkness

In the opening scene of Jim Mickle’s “Cold in July,” a dark thriller adapted from Joe R. Lansdale’s eponymous novel, clattering breaks the silence of a warm, languid country night. Richard Dane (Michael C. Hall), a prudish Texan awoken in a panic, tremulously loads a pistol and edges down the hall to the living room where, as if guided by external forces, he shoots and kills an unarmed intruder. Later, the town sheriff (Nick Damici) tries to assuage Richard’s shock: “Sometimes the good guy wins.” But the blood on the picture framer’s hands leaves a permanent mark, splattering a pastoral mantelpiece, a pastoral life.

When the deceased intruder is identified as a wanted felon named Freddy Russell, Richard is recast as a modest businessman-turned-vigilante hero. But the down-home everyman shrinks from local celebrity, learning that Freddy’s father Ben (Sam Shepard) has been paroled from prison. Wary of revenge but still ridden with guilt, Richard observes Freddy’s funeral from the safety of his Mercury station wagon when, in a neo-noir turn, Ben appears at his window, terrifyingly subdued, gleaming in the setting East-Texas sun. “Quiet and peaceful, isn’t it?” the ex-con offers.

Clouds roll in over Mickle’s homespun late-80s countryside (more accurately that of upstate New York). As thunder and lightning syncopate Jeff Grace’s chilling, synthesized score, Ben, wearing a menacing rictus, skulks around Richard’s son. The threats escalate until Ben is apprehended, which only peels back a deeper conspiracy: the Danes were bait. In the cover of darkness, police drag Ben from a holding cell and leave him lying on a railroad track. But Richard, having grown suspicious, manages to witness the foul play and, just in time, to save Ben from pulverization.

Ill at ease, the two hoodwinked men bind together until, with near-derailing levity, a third musketeer breezes in behind the wheel of a scorching red Cadillac convertible, its grill mounting longhorns and its vanity plate flashing RED BITCH. That would be Jim Bob (Don Johnson)a'”pig farmer, howdy-doody gunslinger, private eye. With Jim Bob at the helm, the unlikely trio follow a putrid scent through police corruption, Mafia gangbanging, snuff movies, and a culminating bloodbath a la mode.

As a moody, stylized, genre-bending thriller, “Cold in July” exhibits deft handiwork. But as a character study, which is ultimately what drives the plot, its layering is thin. Richard’s deeper motivations for vigilante justice remain opaque –even, somehow, to his wife Anne (Vinessa Shaw), an insipid rendering of a female character whose concerns are limited strictly to interior decor. That even the most warm-blooded among us have cold-blooded potentiality, as the title suggests, is insinuated, if not exhaustively probed. Nevertheless, the pulpy twists and turns ratchet up suspense and unspool mystery that is a ride all its own.

My wife in heels, I had to run. Two Invitations Place Reservees to “Cold in July” were being kept in a blank envelope held by a man waiting outside the The-tre Croisette, in Cannes. Perhaps it was the enchanting Cote d’Azur, the deep blue sea heard softly lapping, the liminal profiles glimpsed through tinted car windows, the reveries indulged of passersby straining to place our stardom, which had relaxed our stride. Nevertheless, we were late. As I bounded down the Promenade de la Croisette, scattering coteries of refinement, I recalled the last email from the man with the envelope: “Should be fine, look for me when you arrive and I will look for you!” Likely, he would see me first. 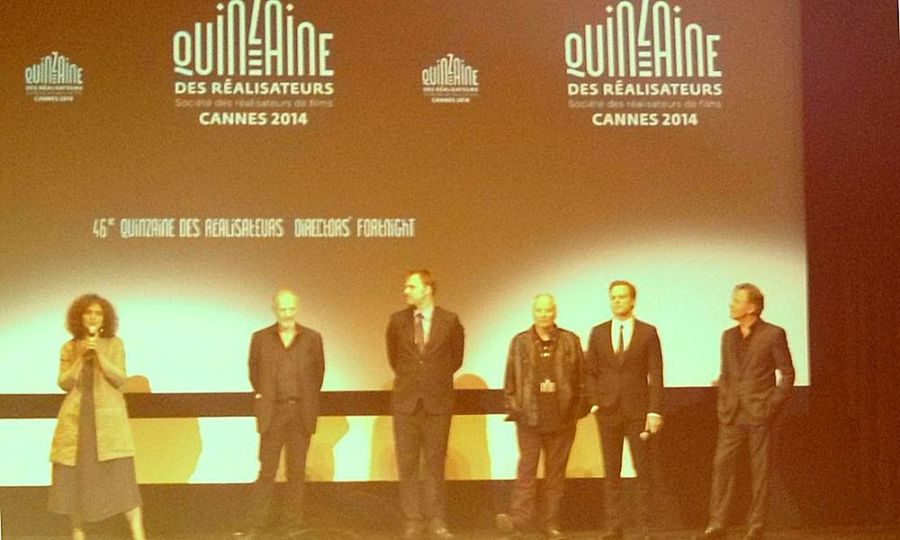 It was our first time at the Cannes Film Festival and, for that matter, at any film festival. I had inquired, complained, and generally made a fuss about my press credentials, which, due to hardly unforeseen circumstances (neglecting to submit an application), had never arrived. While being shuffled between accreditation staff, though, I was intercepted by a gregarious Aussie who introduced himself as a music producer and then divulged that, the night before, he had attended a party that was “not to be missed.” The party was hosted by Schweppes on a yacht, he said, running through precise directions. Lacking any navigational sensibility for the luxury yachts of Le Vieux Port, or any official documentation of my business being there, I could do little else but look begrudgingly. “Don’t worry,” he assured, with a wink. “Things have a way of working themselves out.”

We received warm greetings as we descended the red carpet: trois cent quatre, trois cent cinq. Inside the The-tre Croisette, a wood-paneled aerie of eight hundred and twenty velvet seats nestled within the five-star JW Marriott, my wife and I unknowingly happened to sit next to Karen Lansdale, wife of Joe, author of “Cold in July.” (At the time, we took her to be merely a woman with a southern accent who was kindly watching the coat of an absent stranger.) Handsome ushers in black suits and red neckties were showing a regal couple to their seats the woman in lapidary raiment adorned with a snowy white tunic and shimmering drop earrings, the man honey-tanned and sporting two thick slabs of leather-strapped wristwatch. (Trois cent six, trois cent sept.) This was not, evidently, the Cannes of the bundled-up man who slept in the pool of light in the bank lobby just off the Promenade and who, the previous night, had drawn a phalanx of Police Municipale and a rowdy dog. This was the Cannes of auteurs. 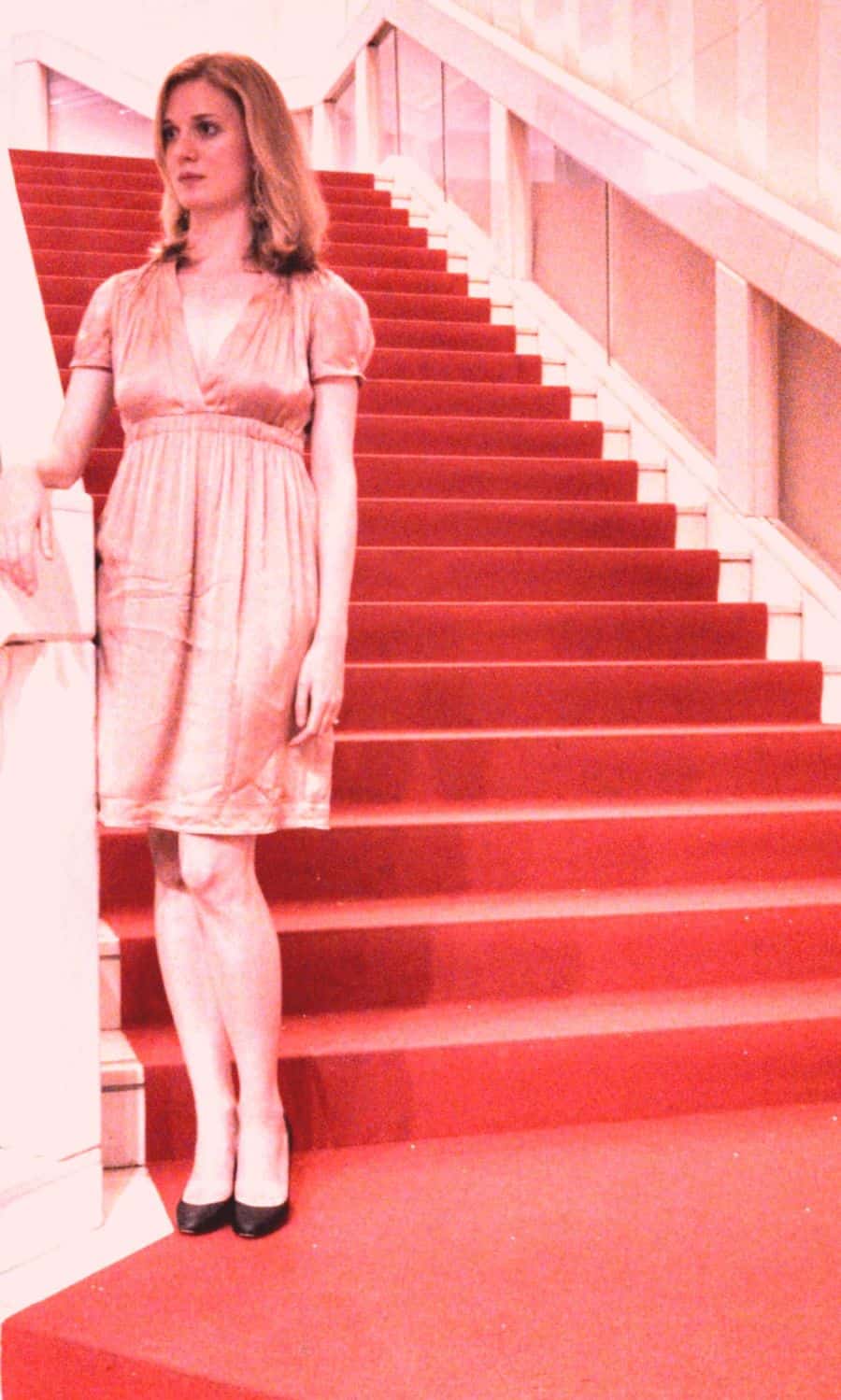 A spotlight bathed the stage to celebrate cast and crew, and applause filled the theatre. Jim Mickle appeared in a dark suit and sneakers with red laces. Reading “Cold in July” a few years ago was “terrifying, seductive, violent, emotionally-shaking,” he said. “I couldn’t get it out of my head.” Then he added, “And hopefully the film makes you guys feel the same way I did.”

Dorian Rolston is a freelance writer covering cognitive science and the arts.

To see an interview with Cold in July director Jim Mickle: