The concept behind City Island is that everyone has a secret but, unfortunately, when these secrets are revealed, they’re something we’ve seen a million times before. And as if this isn’t banal enough, a very silly sub-plot is introduced that is clearly there just to make sure us idiots get it. Insulting your audience’s intelligence is never a good idea and, as the producers now know, not the route to Box Office glory.

Vince Rizzo (Andy Garcia) is married with two teenage children. His wife works in a Call Center, his son bunks off school and his daughter is, to all intents and purposes, in college. Vince is a Prison Warden and is dealing with the list of prisoners who are due for parole when he recognizes the name of one of the inmates; it’s his son, Tony Nardella, who he has never seen. Nardella is due for parole but as he has no relatives who can sponsor him he will miss the opportunity of early release. Vince steps up and decides to take him home to stay with his own family but doesn’t admit to anyone, including Nardella, that he is the ex-con’s father. 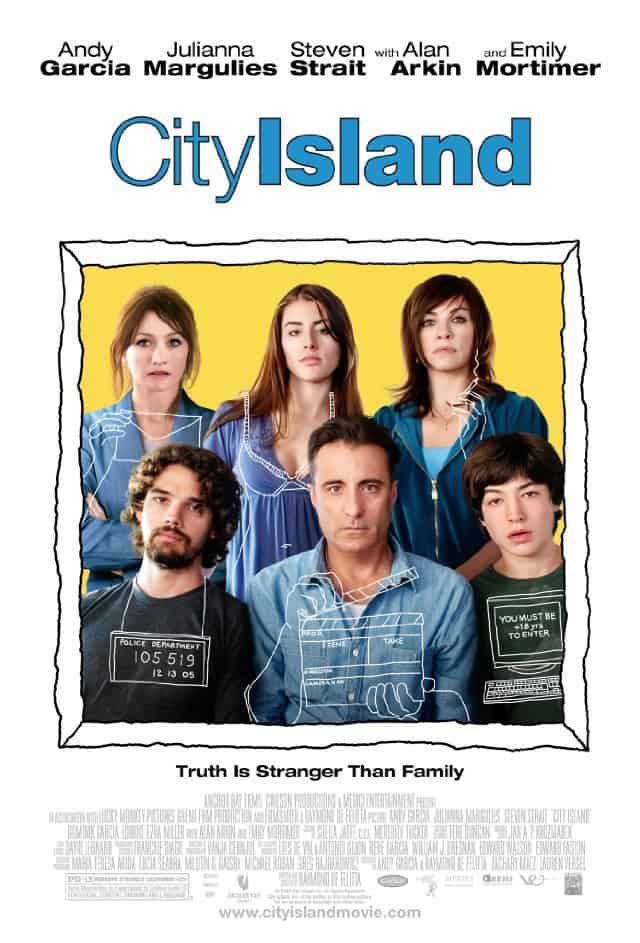 As soon as the film starts we are let in on everybody’s secret, which is a powerful situation for the filmmakers to be in and, had the writer colored each character’s dialogue with what only the audience know, another dimension would have been added to what was on screen, which is truly great storytelling. But this opportunity to give a wink to the audience is ignored, the secret world never impacts on the real and the opportunity for dramatic irony is thrown away.

The Rizzo family spend an inordinate amount of time bickering. One starts, another chimes in, someone else throws in their tuppence worth and before long war erupts, which should be extremely funny, but it misses the mark every time. Also, their insults are really quite civil, limited to things like school graduation failure and definitely not what the average family would say when they are going for the jugular and trying to annihilate their nearest and dearest.

If the writer is going to have another stab at writing a family drama, he needs to learn how low down and dirty families can get, and no better place to start than with the Mel Gibson tapes, who has insulting his loved ones down to a fine art. And if that isn’t enough, the writer should set up an interview with Mel’s much younger and now much wealthier ex, whose vindictive behavior has given us all a new low in domestic tack.