Serving up a slightly kinder and gentler cartoonish vampire du jour, Cirque Du Freak attempts a little screen sorcery with the popular Darren Shan youth book series in question. But while aiming for a defanged teen-friendly middle ground between hip and undead creepy, director Paul Weitz’s (American Pie) fable fails to satisfy as either. Kind of like the inter-species identity crisis of, say, human vampires themselves.

An unwieldy hybrid of midnight madness and afterschool special, Cirque Du Freak finds restless teen Darren (Chris Massoglia), aka Mister Perfect because of good grades, and his sullen best friend Steve (Josh Hutcherson) sauntering off to the circus that’s just stopped by their boring burb. Following bizarre featured acts that include a man with two bellies, a woman with lost and found arms, and magic maven spider charmer Larten Crepsley (John C. Reilly), Steve steals the magician’s supersized spider and hides it in his locker at school. Which leads to all sorts of tragic when not oddly merry predicaments along the way. 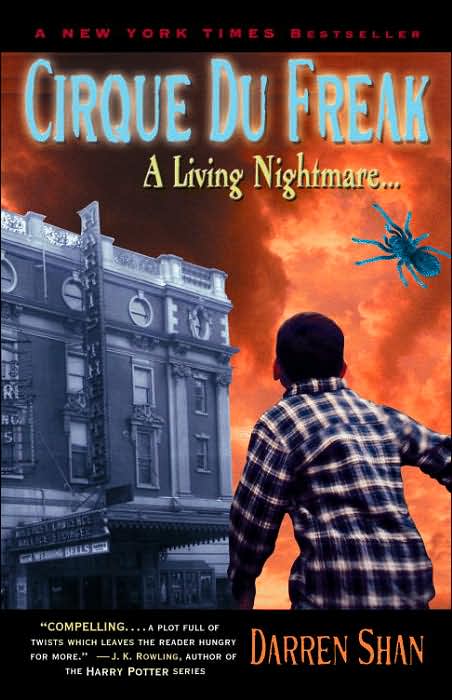 When Steve is bitten by the captive spider and falls gravely ill, Darren in desperation strikes up a bargain with Crepsley to serve as his half-vampire slave in exchange for the antidote, as well a promise to save the boy from the malevolent clutches of pudgy oxymoronic Mr. Tiny (Michael Cerveris). And like any self-respecting teen, Darren is turned on by the idea of dumping his dysfunctional kin for the freak family circus clan. Though Crepsley’s far too little seen and heard significant other bearded babe Madame Truska (Salma Hayek) voices stern disapproval about sharing sorcerer quality time with the kid interloper.

This exceedingly unscary vampire-lite yarn fails to find a tone solidly anchored in either giddy or gore as it veers between the two, while punchlines tend to upstage puncture wounds. And sustaining a rating of PG-13, means that not a whole lot of exchange of bodily fluids is in store, (though actually one such encounter is limited to a hand job, don’t ask).

There are some incidental lessons to be learned about vampire culture, but none of the cautionary kind. Including the art of flitting, which seems to be akin to the human clarion call of let’s boogie, man. And, the distinction between evil vampires and virtuous ones, the latter known as the Vampanese. Who happen not to be into killing humans, but ‘just sedating and draining them for a while.’ And on a side note, the brains behind this bloody operation, Mr. Tall (Ken Watanabe), is apparently not so tall after all, engaging in an offscreen disappearing act switchup in key scenes, with six foot ten basketball player, Trevon Flores.