Race and rhythm come together in the rousing tribute to the roots of US music for the masses and the rise of the Chess label, at the turbulent convergence of blues, rock ‘n roll and Jim Crow, in Cadillac Records. But in a situation of the wild beat being just a little too electrifying for its own good, Cadillac Records is a case of the music upstaging the melodrama.

Written and directed by Darnell Martin (I Like It Like That) – billed as the first African American woman to make a movie for a Hollywood studio – Cadillac Records chronicles the birth of Chicago blues and the subsequent impetus to the breakout popular recorded music in the 1950s. And, a concurrent racial and musical cross-pollination that was rock ‘n roll.

Darnell gets the sounds just right, miraculously from actors making their own music. But the storytelling is another matter, a distracting weakness not helped by doing on screen explanatory damage control via voiceovers by Cedric The Entertainer, as barely realized blues musician and songwriter Willie Dixon. And as key dramatic sequences are more often than not described rather than enacted, or conveyed as over the top whining rather than emotionally compelling, the weaker, shrill narrative rhythms of the story fail to harmonize and pale in comparison to the music.

Adrien Brody is Leonard Chess in Cadillac Records, a Jewish immigrant and Chicago nightclub owner turned music promoter who was a key figure in integrating what was once known shamefully as ‘race music.’ A shrewd wheeler dealer businessman, Chess is unaware when he recruits struggling, uprooted Mississippi sharecropper street musician Muddy Waters (Jeffrey Wright), that his proposed financial arrangement with this genius guitarist would be historic.

As the Chess music business expands from recording to radio and the experimental explosive sounds evolve with the addition of Howlin’ Wolf (Eamonn Walker), Little Walter (Columbus Short) and Etta James (Beyonce Knowles), the nation is taken by musical storm. And racial barriers seem to come tumbling down with segregated mental mindsets and government decrees lagging far behind, though not without terror and tragedy in its wake. 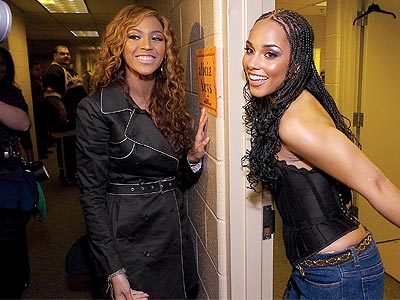 Cadillac Records would have benefited from a more determined focus on the historical backdrop, and less on distracting, far from subtle episodic detours into raw, fitful sentimentality. But the music is simply irresistible and makes up for any unpolished narrative flaws. And stealing the show, so to speak are Beyonce’s mesmerizing Etta James – coming full-throated circle for the performer upstaged by Jennifer Hudson in Dreamgirls, Eamonn Walker’s stunning Howlin’ Wolf impression, and without question, Mos Def’s hilariously irreverent reprisal of rock ‘n roll’s young rabble-rouser founding father extraordinaire, Chuck Berry.