Sorry, but life’s simply too short for me to waste a lot of time on a movie this ridiculous. If you’re a conspiracy buff who believes The Da Vinci Code, and who wants further proof that Jesus was just a man, then have I got a flick for you.

However, at the outset please allow me to remind you that that blasphemous best seller was roundly ridiculed by both Christian theologians and academic scholars for being riddled with inaccuracies. Nonetheless, it has sold over 50 million copies despite author Dan Brown’s having been forced to admit to lifting his central hypothesis and key plot elements from The Holy Blood and the Holy Grail, a book long since exposed as a hoax. 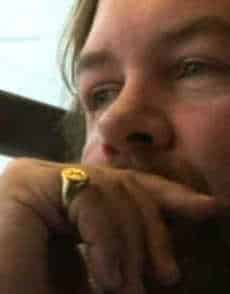 The problems with this laughable documentary are plentiful, starting with its reliance on Holy Blood’s assertion that Jesus was still alive in 45 A.D. as evidence that he wasn’t divine. Building from there, Bloodline’s basic premise is that Christ was not God, but a human who married and had children with Mary Magdalene.

It further asserts that he somehow survived the Crucifixion, and that his wife removed his body from the tomb, thereby tricking his disciples into thinking he had been resurrected. The family then moved to Southern France, where it began the “bloodline” of the royal family, hence the film’s title. 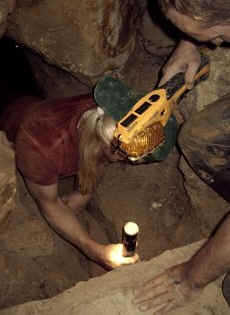 With the help of pretentious experts who decipher codes on ancient parchment and unearth never before seen shrouds, relics and corpses suddenly found in tombs and archaeological digs, all of which just happens to be caught on camera, this expose’ purports to prove all of the above. It’s all obviously nonsense to anyone with an I.Q. higher than room temperature.

Bloodline’s sanest moment arrives when the dissenting voice of a Catholic Cardinal is quoted suggesting that you could learn more about history and theology “by watching Monty Python and the Holy Grail.” Ostensibly-inspired by the success of similarly-concocted schemes like The Blair Witch Project, this transparently phony fairy tale is strictly for the very gullible.

Nobody ever went broke underestimating the taste of the American public. Or the intelligence either.

In English and French with subtitles.