Blindness, a story in which characters are nameless, is set in an unidentified metropolis where cranky commuters being the day engaged in chaotic road rage along the gridlocked congested city streets. A young man (Yusuke Iseya) driving to work is suddenly afflicted with total blindness. Another man who can most aptly be described as a Bad Samaritan, comes to his aid, drives him home, and proceeds the steal his car. The blindness contagion progressively spreads across the city, afflicting an eye doctor (Mark Ruffalo) the stricken motorist visits, and all the patients in the office that day. Including a hooker (Alicia Braga) who later momentarily mistakes her sudden blindness during a session with a john in a hotel, as the weirdest but possibly best sex she’s ever had. 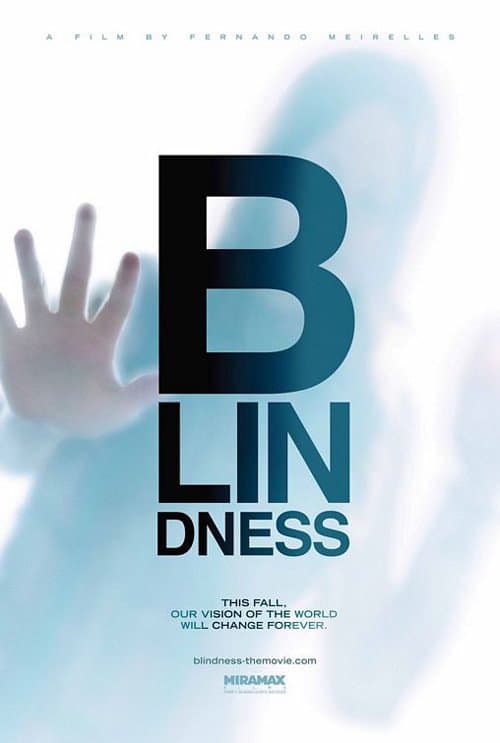 As the government becomes aware of the advancing epidemic, victims are rounded up and thrown into a filthy quarantined prison with little food and no medical attention. The eye doctor’s devoted wife (Julianne Moore) is for some inexplicable reason the only human resisting the affliction. But she keeps her capacity for sight a secret and feigns blindness, in order to follow her husband into forced captivity.

What follows is a vicious, degrading struggle among physically and psychologically blinded humans within the microcosmic confines of the prison, for food, sex, love and a sense of family. Their descent into primitive savagery as a desperate survival tool, and also their difficult bid to regain a sense of mutual caring and generosity that defines civilization in the best sense, is exquisitely dramatically uplifting, even while nearly unbearable to behold. Meirelles has crafted no less than a stunning masterpiece, enriched by the enormously talented Moore who conveys with startling assurance, the excruciating pain of human awareness and consciousness, that sight can ironically bring.