The African-American Film Critics Association (AAFCA) has named “The Dark Knight” as the Best Picture of 2008. Directed and co-written by Christopher Nolan, the Warner Bros. Pictures release captured a majority vote by the organization, which is comprised of African-American media professionals from across the nation.

Frank Langella was selected as Best Actor 2008 for “Frost/Nixon.” Angelina Jolie earned AAFCA recognition as Best Actress 2008 for “The Changeling.” “Although our organization gives specific consideration to work by artists of African descent, the performances of Mr. Langella and Ms. Jolie are undeniably transcendent and deserving of our recognition,” remarked AAFCA outgoing President Gil Robertson, who will assume the role of East Coast Vice President in 2009. 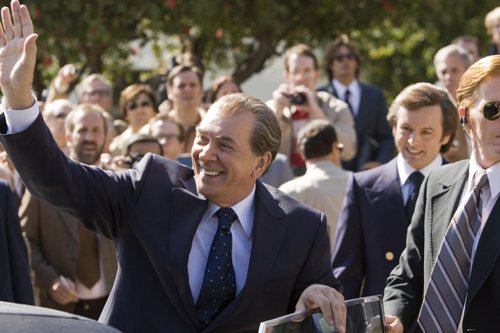 AAFCA bestowed its Special Achievement Award to director Melvin Van Peebles, whose seminal film “Sweet Sweetback’s Baadasssss Song” is a foundation of the African-American independent cinema aesthetic. “Throughout his long and distinguished career, Mr. Van Peebles has earned a hard-fought reputation for pushing the bar creatively and socially,” observed Robertson. “We salute his legacy with this year’s Special Achievement Award.”

Other films in the organization’s Top Ten include “The Secret Life of Bees,” “Slumdog Millionaire,” “The Curious Case of Benjamin Button” and “Miracle at St. Anna.” “From independent to commercial films, our selections for 2008 represents a diversity of themes and cultures that are intriguing and worth exploring,” stated incoming AAFCA President Wilson Morales, who serves as the editor of Blackfilm.com and a columnist for AOL Black Voices.

The African-American Film Critics Association’s Top Ten Films of 2008 are as follows in order of distinction:

3. The Curious Case of Benjamin Button

4. Tie) The Secret Life of Bees

The African American Film Critics Association (AAFCA) is the only organization of African American film media professional. Founded in 2003, AAFCA’s members represent a geographically diverse cross-section of media covering the cinematic arts. The organization honors excellence in cinema by creating awareness for films with universal appeal to black communities, while emphasizing film about the black experience and those produced, written, directed and starring performers of African descent. The association actively reviews the quality and standard of black talent, content and media coverage. AAFCA also supports the development of future black film critics and filmmakers. AAFCA is based in Los Angeles.