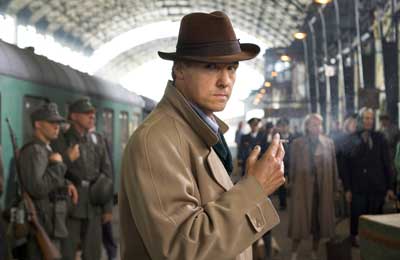 Prior to the outbreak of World War II, Rachel Stein (Carice van Houten) was a wealthy, celebrated singer in Europe. But because she was Jewish, during the Holocaust, she became totally dependent on the kindness of strangers, and had taken refuge in a safe house in Holland.

Then, in 1944, although only weeks away from liberation by the approaching Allied forces, she was forced to flee when her hiding place was destroyed by a bomb from above during a dogfight airplanes. And she was the only one of her family to survive an unsuccessful attempt to escape, when the boat they hired to ferry them out of the country was ambushed by German soldiers.

At this point, Rachel opted to remain rather than run, and so she chose to join the Resistance movement with hope of avenging the ruthless murder of her parents. However, the embittered beauty soon found herself making an unthinkable compromise just to save herself. For, when her first mission for the Dutch Underground went horribly wrong, her only means of avoiding discovery was to charm the pants off Ludwig Muntze (Sebastian Koch), a local Nazi leader. 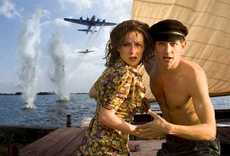 Subsequently, Rachel strategically seduces the handsome, hunk to gain access to enemy headquarters on a regular basis. But the plot thickens when he offers her employment as his assistant in order to embark on a full-blown affair, and she finds herself actually falling for him as well.

So, the pressing question which inevitably must be resolved is exactly

where the obviously-conflicted young lady’s loyalties lie. This is the raison d’etre of Black Book, a labor of love from Paul Verhoeven who worked on the project for the past twenty years till completion. 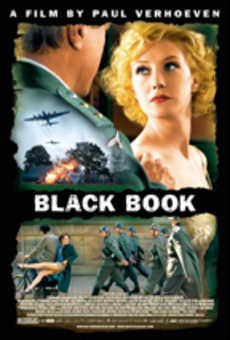 From Basic Instinct, we already know that the daring Dutch director is not above having a femme fatale flash some skin, and this picture’s protagonist flashes away with the best of them. Though the character is fictional, Verhoeven claims her persona was inspired by several real-life Resistance fighters, including Esmee van Eeghen, Kitty ten Have and Dora Paulsen.

In Dutch, German, Hebrew and English with subtitles.