A story of a mismatched and profoundly estranged father and son who have only one thing in common – yearnings to be writers – Being Flynn is adapted from the very pen of the novelist in question – Nick Flynn. Originally titled Another Bullshit Night In Suck City, the gritty 2004 bestseller arrives in theaters as it plays out on the seedier side of Boston, by way of well, New York City. And a number of other missing colorful details which may bewilder fans of the meaty memoir, the least of which is that disappeared Boston accent.

Paul Dano is Nick Flynn, the unfortunate offspring in question. Emotionally scarred by a drunk ex-con fraudster dad Jonathan (Robert De Niro) who abandoned the family when Nick was a child, and a depressed single working mom (Julianne Moore) with a string of boyfriends, Nick leads a confused and aimless life while struggling on the brink of manhood.

Eventually Nick drifts into a job as an aide at the local men’s shelter, strangely expressing his gift for writing in embellished resident case record entries while on duty. And where he experiences sad when not frightening events, but at least finds solace in the thought that ‘I’m not doing something where I go home despising myself.’

But Nick’s life is abruptly turned upside down with the arrival seemingly out of nowhere of his father, a colorful but scary, psychologically disintegrating alcoholic and recently fired cab driver who has ended up homeless himself, and moves into the shelter. A failed writer into deep denial about being just that, the elder Flynn grandiosely counts himself among only three great American novelists that ever existed – Mark Twain J.D. Salinger and himself. And, stricken with a combination of anger and shame as Flynn proceeds to disrupt life at the shelter, Nick descends into his own downward spiral of addiction.

Being Flynn is written and helmed by somehow the most unlikely of directors, Paul Weitz. Whose previous ventures in filmmaking – Nutty Professor II: The Klumps, American Pie, About A Boy and Little Fockers – would not exactly seem to indicate a creative thread evolving into Being Flynn. And though there are moments of solemn eloquence and playfully dark humor, the narrative sequences seem to drift along episodically with as little of an emotional anchor as Nick’s own glum protagonist.

As for the homeless men inhabiting the shelter, there’s a nagging sense of a stereotypical population further dwarfed by De Niro’s flamboyant presence. Along with the unfortunate impression that normal people never find themselves homeless, and that these men’s fractured lives are the result of their own emotional flaws, rather than any broken social system surrounding them. 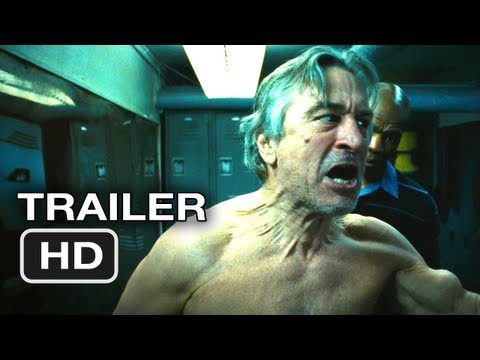