A bleak tossed salad of economics and existential despair,…Around, like its brooding nomadic film school protagonist, tends to be circular when a more determined direction at key moments would have been more dramatically constructive. The raw youth angst of this introspective mood piece has a potent intensity, but somehow the sulking main character seems as if he’s taken emotional control of the story away from the filmmaker.

Robert W. Evans delivers a flawless performance as Doyle, the troubled son of a Jersey City family plagued by divorce and financial problems. When he turns eighteen, Doyle takes off for Manhattan to matriculate into a film school program, trading in his Jersey bodega stint for waiting tables at a downtown boutique cafe.

When Doyle fails to correctly update his financial assistance forms, the troubled kid with an unbreakable spirit ends up homeless and sleeping in Penn Station. While juggling occasional dead end romance, a contentious relationship with his ailing mom (Berenice Mosca), and an array of dubious credit cards, Doyle is perpetually in search of fulfillment and tranquility in life that always eludes him. 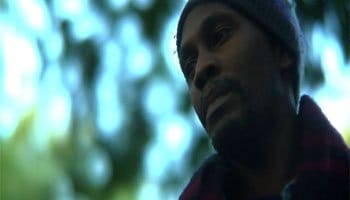 Written and directed by David Spaltro,…Around is an impressive first film that showcases the filmmaker’s natural gift for capturing defining dramatic conflicts and inner emotional turmoil. But the narrative itself exhibits some weaknesses, that may be more a reflection of the filmmaker’s limited maturity and experience, and where stereotyping then substitutes for character depth.

A case in point is the homeless issue itself. With so much mass suffering in evidence at this point in time during the economic crisis, a burb youth who opts for homelessness as an existential experiment when other choices are possible, seems inappropriate to say the least. And do we really need yet another black mammy in a movie, even if he is a male – in a nevertheless commendable performance by Ron Brice – as a fellow homeless man who has no apparent life history of his own, and seems to be around just to tend to his white friend’s wounded psyche. 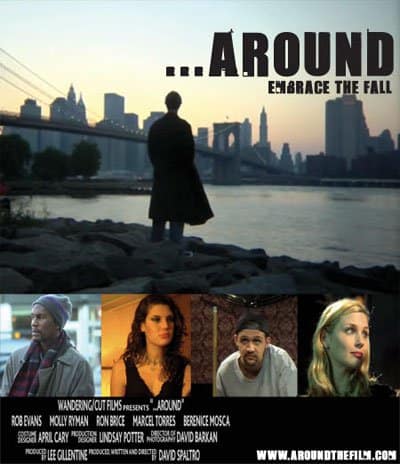 Spaltro would also benefit from more grounded and balanced experiences with the blue collar workers that he caricatures and demonizes. And with women as well, so that Spaltro’s female characters rise above and beyond the two dimensional narrow range from shrewish and difficult to simply psychologically impenetrable. His impressions of the world around him might then be as vivid and engaging as the far too insular, focused inner life of his protagonist.