From the opening scene, this snuff flick hits you over the head with the idea that NYPD Detective Stan Aubray (Willem Dafoe) is damaged goods. He’s a moody loner who looks like he has something to hide, but that doesn’t prevent the department from bringing him out of mothballs to team with an ambitious, young greenhorn (Scott Speedman) when a maniacal serial killer starts terrorizing the city.

For only five years before, Stan had successfully tracked down and supposedly killed another sicko with a suspiciously similar modus operandi. Now corpses mutilated beyond recognition are turning up hacked apart and left hanging from rafters in odd configurations, such as with a decapitated head stuffed inside a torso spilling its guts. 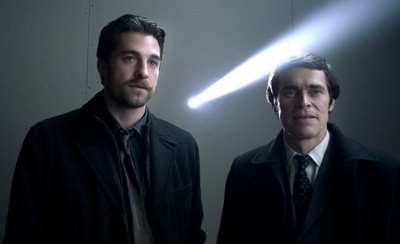 Needless to say, this makes Anamorph a movie for those with a strong stomach. Unfortunately, even if you’re willing to endure the intermittent visual violations, the plot isn’t all that satisfying for amateur sleuths. Consider the moment when the detectives are looking for evidence at a fresh crime scene, and decide that the name “Gerri Harden” left besides the body is a clue, a message from the murderer in the form of an anagram of “Red Herring.” Trouble is the letters don’t match up. Where’s the “A”? 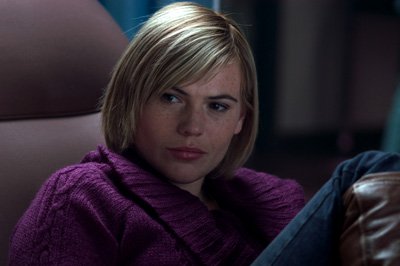 Though director Henry Miller does a decent job of creating and maintaining an ominous air, the picture really has far more to offer in the way of shock than suspense. While focusing on indulging the bloodlust of the splatter crowd, the services of a first-rate cast are frittered away, a motley ensemble which includes Clea Duvall, Peter Stormare, Michael Buscemi (Steve’s brother), Tandy Cronyn (daughter of Jessica Tandy and Hume Cronyn), Debbie “Blondie” Harry and ex-pro wrestler Mick “Mankind” Foley. 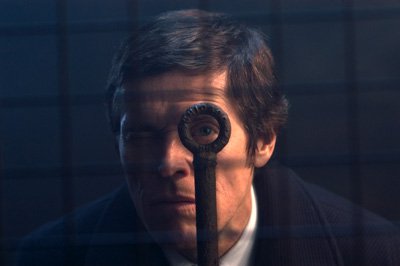 Though the movie takes its title, Anamorph, from an asexual stage of reproduction in the life of a fungus, don’t expect to find any fungi, I mean fun guys in this lame excuse for graphic displays of vivisection.