Amer is a taut, three-part thriller from Belgium heralding the visually-captivating directorial debut of Helene Cattet and Bruno Forzani. Difficult to pigeonhole, except perhaps as an homage to Italian horror flicks from the Seventies, this endlessly-imaginative, escapist adventure presents a surreal exploration of sensuality from the perspective of the same female at three stages in her life. The stories unfold in chronological order, with protagonist Ana played by Cassandra Foret as a child, CharlotteEugene-Guibbaud as an adolescent, and Marie Bos as an adult.

In the opening installment, our young heroine is portrayed as a wan, waif-like creature given to wandering around her family’s sprawling, mountaintop mansion located high above the seacoast. This evocative tableau is comprised of a primary colored collage of Ana roaming around her familial grounds encountering everything from the bed-ridden corpse of her recently-deceased grandfather to a dangling crucifix to water dripping to her parents copulating as caught by the tyke through a tiny keyhole.

Between some suggestive images and Ana’s emotionally-distant mother’s declaration that her daughter is a witch, by segment one’s end, you are left with the sneaky suspicion that something incestuous might have transpired on the premises.

A turn of the cinematic page reveals Ana reincarnated as a ‘tweener whilst experiencing the pangs of pubescence as she parades around town with her overprotective mom. Nonetheless, assorted males ogle the budding beauty, though it is abundantly clear that none of these would be suitors is appropriate for the fair maiden.

The final tale features Ana as matriarch yet still vulnerable to the unsolicited advances of a predatory male. In this case, it’s her limo driver who unabashedly leers at her in the rearview mirror when the line of her cleavage is emphasized by the seatbelt separating her breasts. Here, we see the lascivious driver fantasize about ripping off her dress, and the only hint of a response on his boss’ part arrives later as she seductively licks the teeth of her comb while bathing alone by candlelight.

A female empowerment flick celebrating both coyness and carnality as a woman’s prerogative.

To see a trailer for Amer, visit: 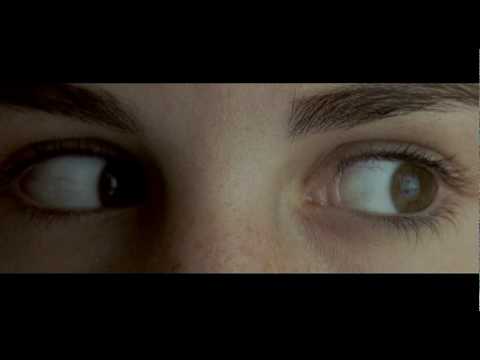