Although we are used to seeing Made in China on most things we buy, and we all know who just bought up the US national debt, cinema fayre has so far been excluded from the Asian shopping cart but, if this compelling film is anything to go by, it could be that the global powerhouse is planning on writing another check, this time to buy out Hollywood.

Note: I don’t know what conditions are like for Chinese workers, but I do know that people get shot for fiddling their tax returns and if I was a studio exec I’d think twice before claiming that $200 lunch at the Beverly Hilton as the pay off might not be worth it. 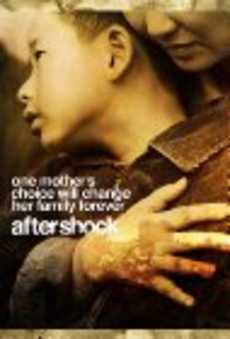 Fang Qiang and his sister, Fang Deng, are 8 year old twins who live with their devoted parents in a tiny apartment in Tangshan. They are alone in their beds when the Great Tangshan Earthquake of 1976 splits the ground asunder, destroys their home and tears their family apart forever.

Two storylines run alongside each other; one follows Fang Qiang’s life, the other Fang Deng’s. Fang Deng, the little girl, is entrenched with charm and beguiles us even with her silence. This tiny little being emits such power that we feel cheated when we are dragged away to spend time with her brother and left to worry that we will not see her grow into the beautiful flower she is destined to be.

The matriarch of the family, Fan Xu, bears her sorrow with dignity and is unfalteringly in her stance on life, love and, above all else, family. Her stubbornness irritates those around her and, although her point of view might not be shared by all, it is a fine example of the human coping system and, ultimately, makes perfect sense. By the time Fan Xu’s family bid us a heart wrenching goodbye, our emotions are exhausted from sharing the tragic journey of the simple working class family who wanted so desperately to be together.

Knowing this is a true story makes it even harder to watch but, at the same time, makes us smile, makes us weep and proclaims, above all else, that forgiveness is divine, hearts are universal and, if yours is broken, then the pain is the same for all of us. And wherever the next earthquake hits, we know the twins will be drawn inextricably back into the darkness of the rubble where they were entombed and will remember, once again, the tragedy that came into their lives on the night that Tangshan fell.