Will Smith’s stratospheric stature in showbiz has only been further enhanced by I Am Legend’s record-setting $76.5 million weekend debut for a December release. The sci-fi adventure marked his seventh straight flick that has opened in the #1 slot at the box office, a run which started with Ali and has also included The Pursuit of Happyness, Hitch, Bad Boys II, Men in Black II and I, Robot.

I Am Legend is the third big-screen adaptation (one, starring Vincent Price, the other, Charlton Heston) of Richard Matheson’s post-apocalyptic best seller from 1954 about the desperate struggle of the last man on Earth to survive a scourge that has turned the rest of humanity in a cannibalistic race of zombies. Here, Will shares his thoughts about the demands of playing virologist Robert Neville, a challenging role which placed him alone on screen for very long stretches at a time. 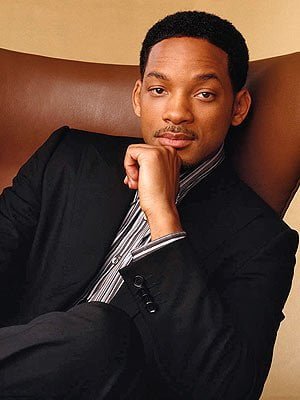 KW: Did you have any hesitation about approving a script that would have you carrying so much of the picture alone?

WS: That was the terrifying part about even taking on this film, the idea that there were probably 80 pages of just me and a dog. I thought that although people had enjoyed me in a movie theater before, this might be a little too much Will for anybody. So, I looked at it, and worked with Akiva Goldsman and Mark Protosevich, the writers of the script. We studied POWs and a guy who had been in isolation in prison, and we found the things that could really create the texture of what that truly means to be by yourself. And the one thing we found that was across the board was schedule. The only way to maintain sanity is that you had to have a regimented schedule. That was the basis of how we tried to create my character in the movie, and then also the idea of his internal monologue. When you have no external stimulus, you lose the stimulus-response concept with your thoughts and feelings. A guy told us you that you forget the names of simple things, when you no longer have the stimulus and response.

KW: Did you think this film might be scary enough to warrant an R rating instead of the PG-13 it got?

WS: Fortunately, the MPAA gets to make that decision. So, you just show them the movie, and they decide what the rating is.

KW: Why did you decide to release a summer blockbuster-type action film during the holiday season?

WS: That involved a difficult decision-making process for me creatively. Akiva Goldsman and I posed some questions to one another. Why do the big movies come out in the summer, and the good movies come out in the Fall? Why are they separated? Is there any possibility that you could take both and marry those ideas? Take a big concept, yet put a person at the center of it, and follow a character through the reality of whatever that situation is. So, it was difficult, because we tried to commit to the small, artistic version that stayed true to the feeling and energy of the source material, and yet have that blockbuster package. We knew that people were going to be a little shocked by it in the theater, but hoped that that’d turn out to be a good thing.

KW: Did you feel that it was financially risky to release a big-budgeted, CGI creature feature at Christmastime?

WS: I’m a student of the patterns of the universe. If I can figure out how something is seemingly risky, but I have the numbers on my side, I get really comfortable taking a leap. When I first came to Hollywood, I said to my manager, James Lassiter, “I want to be the biggest movie star in the world!” He said, “Okay, we should probably figure out what they do, and plot a course.” So, he went and got the top ten movies of all time. We watched them to try to figure out what were the patterns. And ten out of ten of them were special effects movies. Nine out of ten were special effects movies with creatures. And eight out of ten were special effects movies with creatures and a love story. So, Independence Day was not really a hard call to make when you look at the numbers. Therefore, I Am Legend, in concept, is not a hard call to make.

KW: If you really were the last man on Earth like your character, what would be the one item you’d want to have?

WS: A pistol, because I’m out of here [Laughs].

KW: Did you read the book or watch either of the earlier screen adaptations of I Am Legend?

WS: Yeah, I looked at both of them. And there are a couple versions of the book, also. The idea of being alone and the fear of the dark is such a primal concept. Every four year-old has thought about being separated from their family, and being alone, and it being dark, and what comes out of the dark. So, to me, the idea, in general, is in the collective unconscious. We’re all keyed into these fears. As far as the other film versions, I felt we would be able to bring something new with this film because in the past there’s never been this level of technology available to support the weight of this story.

KW: Who inspired you to believe in yourself as a child?

WS: My grandmother thought that I was just the greatest. She always had us playing the piano and kept us in the shows at church. And there was a look of pride that my grandmother would have in her eyes that became the fuel that I need for life.

KW: Would you describe yourself as a spiritual person?

WS: I believe absolutely, unquestionably that there are forces at work in the universe that science can’t explain. And I think that there is an end to human knowledge. And at that end of human knowledge, beyond that into the unknown, we have to call it something in order for us to be able to talk about it. And if people didn’t have to attach specific names to it, and want to argue and fight about it, I think that all across the board we could agree to call the unknown beyond what we know, say, The Higher Power… the X-Factor… God… Allah…. Let’s just agree that there’s something beyond what we know. Things happen that we can’t control. There are things like Karma. Not to anthropomorphize, but there are mysteries that seem to have human qualities beyond what we understand. So, I absolutely believe, and I try to tap in and to become a surfer of the dial, to find that energy, whether it’s prayer, or other things people do to try to connect to an energy that we all know is out there. So, yes, I believe there’s an energy, yes, I try to connect to it, and yes, I try to use it and be in the good graces of that energy to have things in my life go the way I would like them to go.