Known to many as “Varis” or simply as “V,” Travaris Spears hails from Rochester, New York where, at an early age, he displayed a charm that was engaging and magnetic. An energy and passion for performing led him to sing, dance, and even imitate his favorite artists and celebrities. Using the world as his stage, Travaris leaves a lasting impression, thanks to a gift for communicating and interacting with people from all walks of life.

In fact after performing in a Tiny Tots school play, the director and audience members expressed to his mother that he had something very, very special. With a desire for the best for her son, his mother, Tanika, moved to Brooklyn in 2007. 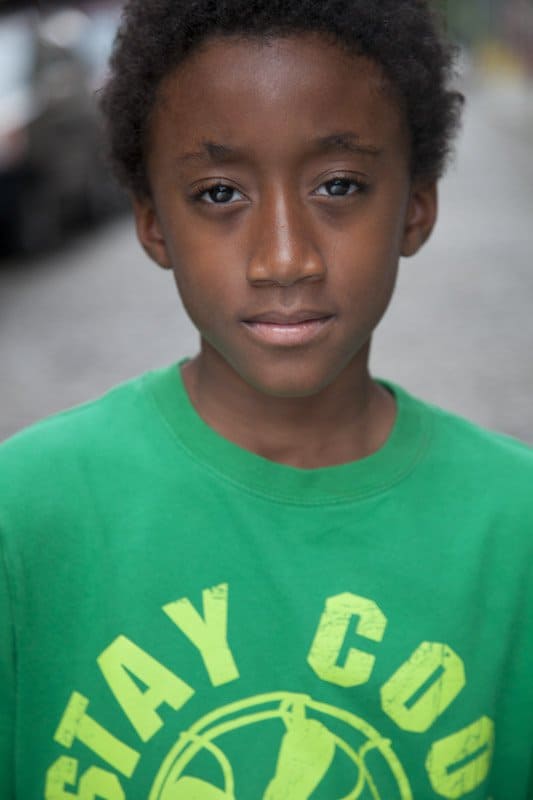 From the time they arrived in New York City, she and Travaris set out to strengthen their resolve. Although Travaris was blessed with natural talents, he committed himself to various activities that enhance his character and improve his chances of blossoming as a professional artist.

The discipline Travaris displays at such a young age is unrivaled and enables him to become fully engaged in a host of skill-building activities. His repertoire includes enrollment at the American Tap Dance Foundation, weekly guitar lessons, as well as voice and acting coaching.

While maintaining excellent grades in school, he has appeared in a Siri/Universal Record Music Video, a television show, print ads and several indie films. Travaris’ charisma is contagious, so appreciate him now and avoid the rush! 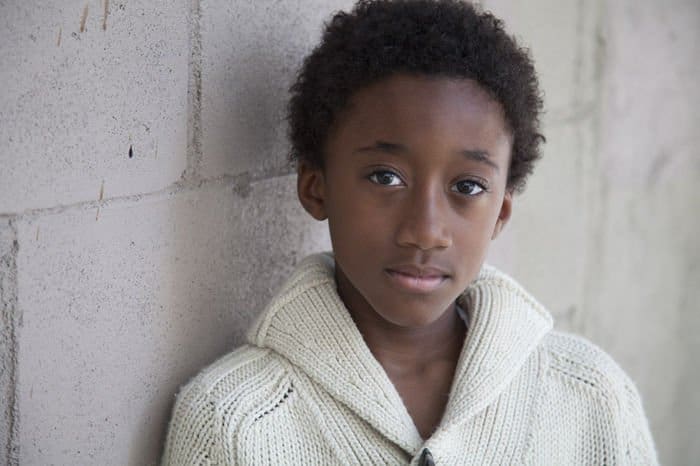 Travaris Spears: I think the thing that made me most interested in this role was playing a kid that had a life totally different from mine. Nelson is adopted… He travels the world with his father… no stability… no mother. It was interesting preparing myself mentally for this role.

KW: What was it like being on the set of your first feature film?

TS: It was so exciting being on set for the first time. Everyone welcomed me with love. It was a great cast to work with.

KW: Were you at all nervous acting around big stars like Paul Rudd and Tina Fey?

TS: Yes, I was nervous at first. I actually auditioned with Tina Fey before I was offered the role, and she made me feel really comfortable. We connected immediately. I was also able to meet Paul Rudd before I came on set to discuss some of the scenes, and he was very friendly and cool to work with. After the initial meeting, I was no longer nervous.

KW: How would you describe your character, Nelson?

TS: Nelson is an outgoing kid, very caring and outspoken. He loves to socialize like myself. Nelson is a kid who wants stability, a normal life, a mom and the same friends and the same school, instead of traveling the world with his father. Nelson hates traveling.

TS: Yes, Nelson and I are outgoing, caring not shy and we like stability. I couldn’t imagine traveling the world being taken away from my friends and family constantly.

TS: People will see that change is not always bad; you can find many things in change including happiness.

KW: What was it like to see yourself up on the big screen for the first time?

TS: It was amazing to see myself on the big screen. I was so excited, I remember thinking what will I look like, and hoping I did a good job and that people would like my character. The one thing I was shocked about was everything I worked on was not in the movie. I learned about the editing of movies at my first screening of Admission. During the movie I said, “Mom, what happened to this scene? I worked really hard on that and it was taken out.”

KW: Besides acting, you sing, dance, play guitar and even box. Which is your favorite?

TS: I’m involved in a lot of activities and I enjoy them all, but if I could pick a favorite it would be acting.

KW: What do you like to do to unwind?

TS: On a busy day for me, once I finish work, I like to play video games or listen to music.

TS: I always have good laughs daily. I’m a happy kid. For example, I’m a member at Gleason’s boxing gym, and my nickname there is Happy.

TS: The last book I read was “The Red Pyramid” by Rick Riordan.

KW: What is your favorite dish to eat?

TS: When I look in the mirror I see a handsome young man… smart, charming, willing to work hard for his dream… never giving up. And someone willing to help other people.

TS: My only wish is to become a successful actor, and to be able to take care of my family and to help others in need.

TS: I would be a lion. They’re strong creatures and they rule the jungle.

TS: I remember when I moved to New York City when I was in the first grade. I remember being excited but also sad that I was leaving behind my friends and family in Rochester where I was born.

TS: If I had a superpower, it would be to be able to help anyone in need.

KW: The Michael Ealy question: If you could meet any historical figure, who would it be?

TS: It would be Martin Luther King, because he never gave up on his dream.

KW: Thanks again for the time, Travaris, and best of luck with Admission and with your career.

TS: No problem. Thanks for taking the time out to interview me.