Judd Apatow gets in touch with his closet comedian in his new movie, Funny People. The longtime wannabe standup sat down to talk about his wishful thinking through the years to make a movie about comedians, and also partner on the project with former roommate and star of Funny People, Adam Sandler. The fiendishly funny guy of Forty Year Old Virgin fame had a lot to say as well about holding back on his auto-erotic laughs, the way sleeping less can be a formula for living longer, and how wildly weird unclogging a toilet with an eggbeater can be.

Okay, what’s with all the auto-erotic jokes in this movie?

JUDD APATOW: I thought we showed great restraint with how many jokes we put in. We had a lot more!

Why a movie about comedians? 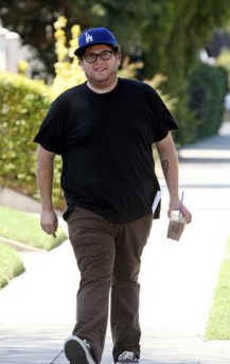 JA: I always wanted to make a movie about comedians. A lot of comedians were really nice to me when I first started my career, so I wanted to talk about that relationship. You know, I always looked up to comedians and wanted to be one.

And after Adam saw Knocked Up, he said that he wanted to do something together. So I quickly went through my notebook, and then realized that I had several ideas I could combine that would eventually turn into Funny People.

One was about a mentor relationship, and one was about someone who’s sick and seems to be learning nothing from their near death experience. And another was one about someone trying to win back an old flame who’s married.

You’re one of the funniest guys on the planet. So what makes you laugh?

JA: Well, we laughed really hard at extras! I remember we would sit in bed really laughing out loud, hard, at extras. That might be the biggest laughs we’ve had in a while.

And there was one where he clogged up the toilet, and then he was just looking for an egg beater to break it up. That was pretty good, that, that got us!

What was it about Adam that you saw him as your nutty muse?

JA: It’s fun to watch Adam. And then it turned into movies. And you know, we both started with very kind of silly movies, then slowly tried to take more chances with what we were doing.

But what I was most impressed by, with his evolution, was what a strong actor he was and how committed he was to the part. And also, a lot of actors will say, I don’t want to do that because you might use it.

And they almost try to direct the movie through, you know, withholding performance. But Adam was really willing to try anything, and trust that the process would select the best material.

How did James Taylor end up in the mix?

JA: James Taylor agreed to sing twelve songs, when we really only needed one. I couldn’t believe that he would do it. And then Adam and James Taylor performed a few songs together. Adam’s solo was not very good!

But that was pretty amazing. You know, we’ve all listened to him since we were born! And people were crying, it was emotional. And he was so nice. In between songs he would talk to the crowd, and that was kind of a dream come true.

What went on when you and Adam used to live together, and did you have any feeling that he was going to be huge eventually?

JA: Well when I lived with Adam, his standup act was very imaginative. And there was a lot of mumbling involved. And I remember I said to this comic, oh, you have to use Adam, this guy’s gonna be big. He’s the funniest. 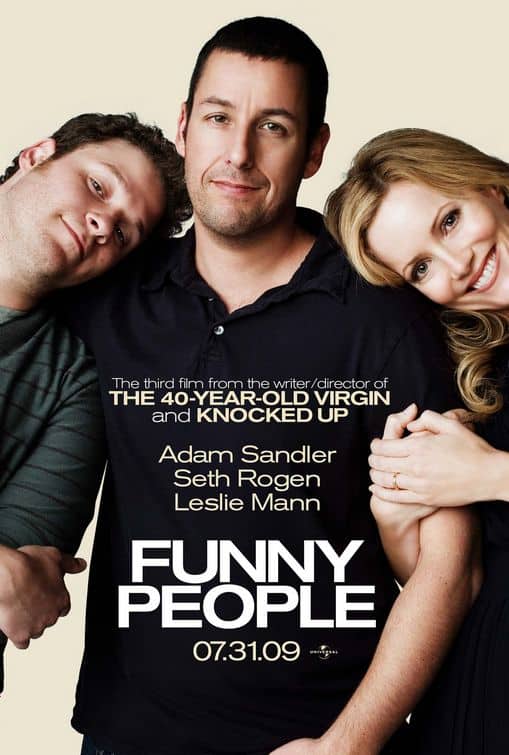 And we went up to the San Diego Improv. And Adam just leaned against the brick wall, and bombed for an hour straight. He just said his act line for line, and he never won the crowd over! And I thought it was hilarious.

Is Adam’s character George in any way secretly you?

JA: Well, I literally watch the movie now, and think that I’m way closer to George than I thought when we were making the movie. And now that the movie’s over and I don’t have anything in my brain that I’m working on, I feel a lot of those feelings.

JA: You know, of somebody who feels the need to keep everything going. And how much energy we put into our careers, and not into connecting with other people. I would hate for any of that to be transferred to Adam, because he’s surrounded by people and friends and family. And he’s very far from an isolated figure.

But we always looked at it like, this is what our lives could have been like if we made a lot of mistakes. And were complete egomaniacs. Now we’re only partly egomaniacs!

Funny People also has some great music, how was that put together?

JA: Yeah, a lot of the movie is about writing jokes, and trying to find ways to be creative in good times and bad. So we tried to find songs that connected with that, with that spirit.

And there’s demos there. The Neil Diamond song is the first take, and it’s kind of a semi-demo of that song. And the John Lennon song is a demo of Sitting Here Watching The Wheels Go Round.

So I thought there was some sort of a kind of a connection between how comedians write, and songwriters write. And I tried to make every song a song that I really loved, and cared about. And had an emotional connection to.

Judd, when did you know that you made it?

JA: I don’t know, I just…I guess it was the first time I wrote a joke, and it worked. Actually, one of the most exciting things that ever happened, Adam left and he moved to New York to be on Saturday Night Live. And I couldn’t get hired on as a writer.

I kept trying to get hired on at Saturday Night Live and they wouldn’t hire me, they wouldn’t read my package. And it was just very difficult. So I said to Adam, I’m gonna write a sketch, and I just want to see if it could get on.

So if you were like the guy in this movie, and your doctor told you that you only have a few months to live, what is the one thing that you definitely want to do?