The Curious Case of Taraji Henson

The name Taraji Henson and Academy Award are being whispered in the same breath in the wake of her compelling performance in The Curious Case of Benjamin Button where she holds her own opposite several Hollywood heavyweights, including Brad Pitt and Oscar-winners Cate Blanchett and Tilda Swinton. Previously, Taraji has for some reason remained under the radar despite delivering critically-acclaimed work in picture after picture, from Baby Boy to Hustle & Flow to Smokin’ Aces to Talk to Me to The Family That Preys.

In 2009, the versatile thespian is slated to star in Not Easily Broken with Morris Chestnut, in Hurricane Season with Forest Whitaker, and in Once Fallen with Ed Harris. Here, she talks about her powerful portrayal of Queenie in Benjamin Button, the screen adaptation of F. Scott Fitzgerald’s classic tale about a man born old who gradually grows younger year by year. 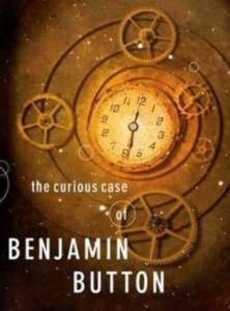 KW: Hi Taraji, thanks for the time again.

KW: Who did you base your character Queenie on?

TH: Queenie was pretty much on the page. Eric Roth is a brilliant scriptwriter. All the words were there. I just had to do a little bit of research to make her real. That entailed researching each decade that I live in in the film and studying what happens to the body as it ages and decays.

TH: The mother stuff I know, because I’m a mom. Nurturing? I got that.

TH: He’s doing great, thanks, and making me very proud.

KW: What was it like being directed by David Fincher?

TH: Wonderful, because he really pays attention to the smallest of details. He leaves no stone unturned. He goes over every little aspect, each grain of salt. That’s why the film is so brilliant. 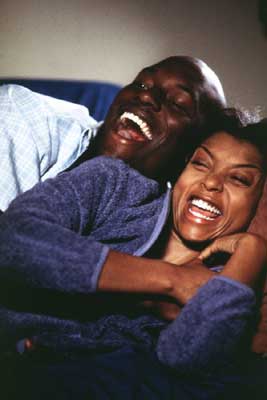 KW: After watching it, it’s so rich I sensed that I’ll have to see it at least one more time to catch everything.

KW: Do you think the picture is going to generate a lot of Oscar buzz?

TH: I’m told that it already is, but I leave that up to the big guys.

KW: You’ve been nominated for an NAACP Image Award a couple of times before. Do you think this performance might finally put you over the top?

TH: I don’t even mess with that.

KW: I have to ask you how you feel about Obama’s win.

TH: I am over the moon. Over the moon! I just knew it wouldn’t happen. I’m telling you, in the beginning, a lot of my friends and colleagues were planning to vote for Hilary until we saw he had a shot and how many white people were coming to bat for him. When he won, I was so filled with joy. I can’t even explain the feeling. It’s an amazing time to be alive.

KW: Let me ask you a few of my regular questions again. From music maven Heather Covington: What’s music are you listening to nowadays?

TH: Right now, I’ve been listening to Q-Tip, because I’m about to be interviewed for a documentary being produced by Nas that Michael Rapaport is directing about the group A Tribe Called Quest. I’m a huge A Tribe Called Quest fan, because, to me, they were the first artists to make hip-hop sexy, when they infused it with jazz, which was incredible. I’m a music collector and I have over 6,000 songs on my iPod, but that’s what I’m listening to right now. I can’t get away from them. They’re incredible.

KW: Can you think of another question no one ever asks you, that you wish someone would? Last time you said, “What color panties are you wearing?” which was the funniest answer I ever got to that question.

TH: You know, I’ve been asked so much, I can’t think of anything.

TH: Book? What is a book? [Laughs] If I could read a book right now, that would mean I have time.

KW: Judging from your upcoming films, Not Easily Broken with Morris Chestnut, Hurricane Season with Forest Whitaker, and Once Fallen with Ed Harris, it looks like you’re about to break very big playing leading ladies with your name appearing at the top of the marquee, especially if you land an Oscar nomination.

KW: “Realtor to the Stars” Jimmy Bayan question: Where in L.A. do you live?

KW: Thanks again, Taraji. Best of luck with Benjamin Button, and I hope we can speak again after you’ve collected all your accolades during awards season.

TH: Absolutely! Have a great holiday!

To see a trailer for The Curious Case of Benjamin Button,