While best known as the founder, producer, and mastermind behind the Wu-Tang Clan, RZA has built an incredibly diverse and successful career as a musician, a composer of film scores, a producer, an actor, a businessman, a player and advocate of chess, and as the author of the best-selling *The Tao of Wu* and The Wu-Tang Manual.

He was born Robert Fitzgerald Diggs in Brownsville, Brooklyn on July 5, 1969 and first surfaced on the hip-hop scene during the early Nineties. After brief stints as a member of the group All in Together Now and as a solo artist under the name Prince Rakeem, he formed the Wu-Tang Clan in 1992. Based in Staten Island the band went on to become one of the most successful and influential hip-hop groups of all time. 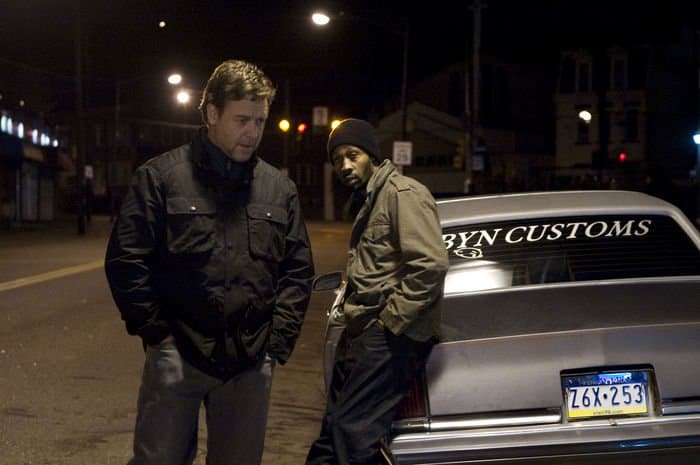 Their debut LP, 1993’s Enter the Wu-Tang (36 Chambers), driven by RZA’s unique, groundbreaking beats and signature gritty production style, has become a definitive hip-hop classic and is revered as one of the greatest hip-hop albums ever. Meanwhile, he has released several solo albums under his own name, under that of his hedonistic alter ego, Bobby Digital, and also as Digital Bullet, Birth of a Prince, and, most recently, Digi Snax.

An avid chess player, RZA created WuChess.com, the world’s first online hip-hop chess community. At the website, hip-hop fans can learn to play from chess masters, compete for scholarships and square-off against him and other hip-hop celebrities.

RZA is a Grammy Award-winning music producer, with a distinguished body of work scoring movies for filmmakers such as Ridley Scott, Jim Jarmusch and Quentin Tarantino. His acting credits include Due Date, Repo Men, Ghost Dog, The Killers, Funny People, American Gangster, Life is Hot in Crack Town and Derailed.

Here, he talks about his latest outing playing Mouss in The Next Three Days, an action-thriller directed by Academy Award-winner Paul Haggis and co-starring a couple of other Oscar-winners in Russell Crowe and Liam Neeson.

RZA: Peace, man. What’s up? You having a good day?

KW: Can’t complain. I really enjoyed The Next Three Days, an edge-of-the-seat thriller that takes you on an exciting roller coaster ride.

RZA: I loved it, too. Those last 40 minutes were adrenaline-filled.

KW: What was it like to work with a trio of Academy Award-winners in Paul Haggis, Russell Crowe and Liam Neeson?

RZA: Oh, man, it was a pleasure and a great learning experience. When you’re dealing with the cream of the crop, all that does is make me sharper. My having a chance to work around those gentlemen has helped me become better at what I do. I couldn’t have asked for a better acting credit to add to my resume.

KW: Harriet Pakula Teweles asks: What’s it like to play a drug dealer?

RZA: [LOL] It was cool, because I played a cop in the last film I did with Russell Crowe [American Gangster]. So, to be on the other side of the law this time was a lot of fun, and a nice challenge for me.

RZA: I do incorporate those elements into my scoring. When scoring, empathy is the key. And it is just as important to use music to express the actors’ emotions as it is to move the audience.

KW: Larry Greenberg says: You’ve got a lot of AKA names. Do any of them come with their own persona or swag?

RZA: The answer to that is “Yes!” Actually, most people have many different personalities. I’ve just learned to identify them and to name them.

KW: When is your next album, The Cure, finally coming out?

RZA: That’s something I haven’t been able to answer for ten years. [Laughs] I know my fans who are interested in this subject are getting tired of hearing it, but all I can say is, “I got it!”

KW: You’re a Renaissance Man who does acting, directing, producing, performing, recording, scoring movies, and more. Which is your favorite?

RZA: I guess I feel more inclined towards this or that form of artistic expression at different times. Right now, I feel very hyped-up about the work I’m doing in front of the camera on the silver screen. It brings me joy to hear that people are laughing at my scene in Due Date. And I had some buddies with me at the premiere of The Next Three Days, and they were happy to see me get aggressive, because they remember me being like that when I was younger. However, I’d say that directing is in my heart. And that’s where my focus is, like a laser beam. That’s what I’ve been studying for a long time, and I think that everything that I’ve done before has contributed to the development of my craft as a director.

KW: Who would you like to act opposite as a love interest in a romantic comedy?

RZA: Hmm… Hollywood is full of some of the most beautiful people in the world. I wouldn’t mind being in a movie with any one of those pretty girls. It would take me an hour to answer that question, but I would love to star in a romantic comedy. [LOL]

RZA: You can’t ask a movie buff like me that kind of question. I’d like to ask you that type of question and see if you can answer it.

KW: No, I couldn’t either. I have a hard time just picking my favorite film of the year. Most critics put out an annual Ten Best List, but I put out a Hundred Best List because I like so many movies.

RZA: See? I understand exactly! I can say this, though. The one kung fu film that has inspired me the most is called The 36th Chamber of Shaolin. It’s been a great inspiration to me.

KW: Somebody told me that you’re from a very large family. Is that true?

KW: How many people?

RZA: At least a 1,000 in my extended family, easily. My mother had 11 kids. ODB’s [The late Ol’ Dirty Bastard] father and my grandmother are brother and sister. His mother had 8 children, and they all had a lot of babies. And all of these people live right here in the 5 boroughs of New York.

RZA: Yeah, are you having a good time?

RZA: Rarely, but yes, of course.

RZA: You made me laugh a few minutes ago. [Chuckles]

KW: What is your guiltiest pleasure?RZA: It has to be women, but I’ve learned to curb my appetite.

RZA: I’m listening to Kanye’s new music, and to my buddy John Frusciante of the Red Hot Chili Peppers.

KW: Who’d you like to collaborate with musically, that you’ve never worked with before?

RZA: I would love to get a chance to rock with Stevie Wonder.

RZA: My signature dish? I have a special style of frying tofu that even the most carnivorous meat and potatoes eaters enjoy. I will give you a taste of some tofu that I could open a restaurant and get rich off of.

RZA: The clothes that I’m wearing right now were actually designed by some buddies of mine who have a company called Resist. They have the coolest T-shirts. But as far as a classic designer, I’m gonna stick with Gucci, because Gucci has never let me down.

RZA: I see a chance for a better world.

RZA: Having a piece of cake at my great-grandfather’s birthday when I was 3. I remember taking off a hunk of the icing with my hands because I didn’t think that flowers belonged on a cake.

KW: The Nancy Lovell Question: Why do you love doing what you do?

RZA: Because it helps my family, and so many other people in the process.

RZA: I feel like the tough times are behind me.

RZA: My moms, Linda G. Hamlin. She was a great rode model.

RZA: I haven’t decided. I’ll leave that to the world. Besides, I ain’t ready to leave this planet yet, man. [LOL]

RZA: Do the knowledge, meaning: look, listen, observe, and also respect. If you do that, you’ll have a strong foundation to build anything you want to do in life upon. Know before you do. Look before you leap. And if you want to follow in my footsteps, make sure you step in the ones that went in the right direction.

KW: Thanks again for the time, RZA, and best of luck with everything. RZA: Thanks, Kam, and I look forward to speaking with you again in the future.

To see the trailer for The Next Three Days, visit: